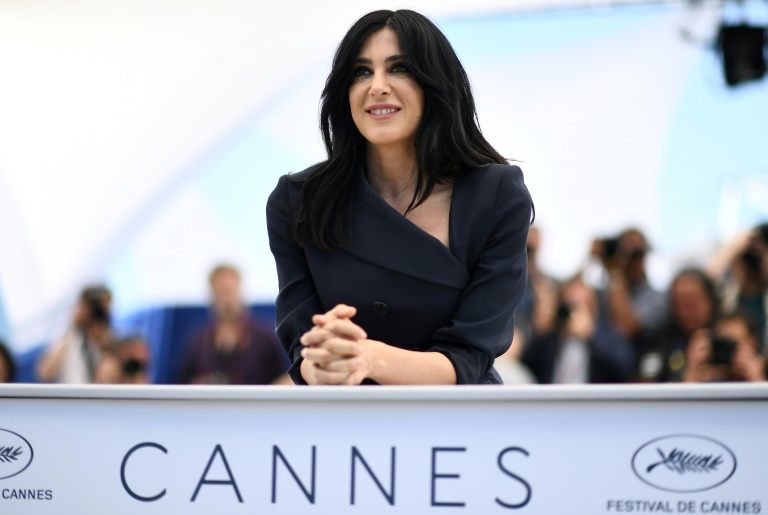 The Lebanese director tipped to become only the second woman ever to win the top prize at the Cannes film festival will be very annoyed if her accolade is billed as the feminist choice of a #MeToo jury.

Top image: Lebanese director and actress Nadine Labaki is tipped to become the second woman ever to win the top prize at Cannes. (Photos: AFP)

"There's a risk that some people would interpret it in that way, which would be very irritating because it would have the opposite effect. Instead of honouring women they'd be saying 'You're here because you're a woman'," Nadine Labaki told AFP.

Labaki's "Capernaum" tells the story of a destitute Beirut boy who takes his parents to court for bringing him into a miserable existence.

The filmmaker's third feature, which won a 15-minute standing ovation at its premiere, catapults her into the big league after "Caramel", her intimate debut about a Beirut beauty parlour, and "Where Do We Go Now?", about women on a mission to end sectarian violence in their village.

This time the main protagonist is a foul-mouthed 12-year-old street kid.

Labaki said that in the past she found herself amplifying women's voices because "it was a subject I was more versed in than men" but "never really felt pressure to talk about women just because I am a woman."

"There are other things bothering me now," she said, citing the dense thicket of issues tackled in "Capernaum".

Labaki does not spare the rod with her homeland, at the risk of being accused by the Lebanese of washing their dirty laundry in public.

"Obviously it's a huge risk but we must stop making excuses, it's a reality that exists and we cannot continue to bury our heads in the sand," she insisted.

For the director who turned to films for escapism during Lebanon's 1975-1990 civil war, "cinema is not only about making people dream."

"It's about changing things and making people think."

Labaki found the idea for the film staring her in the face one night when she was driving home from a party and saw a child half-asleep in the arms of his mother begging on the pavement.

"It became an obsession for me... I did more than three years of research. I was trying to understand how the system fails these kids." Being a mother helped her craft some of the most moving scenes, featuring a gurgling breast-fed baby for which the young hero Zain has to fend after its migrant mother is arrested.

The film, which Labaki began shooting after the birth of her daughter, takes viewers through the gamut of emotions experienced by a parent, lurching between tenderness, fierce protectiveness and frustration.

"My experience of motherhood undoubtedly added a good deal to the scenario," she acknowledged.

This year's festival, which features five directors from North Africa and the Middle East, is one of the best in half a century for Arab cinema.

Three of the filmmakers are women but gender equality takes a back seat to poverty, class and social stagnation in this crop.

Labaki is lukewarm about the campaign for gender quotas in film casts and crews fronted by Hollywood actresses, including jury president Cate Blanchett, in the wake of the Harvey Weinstein scandal.

"It's not just because we decide that there should be parity in a given domain that it is truly merited. Whether it's a man or a woman it must be truly on merit."

The glamorous director, who was a red-carpet guest of French President Emmanuel Macron at a dinner in Paris last year, started out making advertisements and music videos for artists like Lebanese pop icon Nancy Ajram.

She is only the second Arab woman to have a film in the running for the Palme d'Or, after Lebanon's Heiny Srour in 1974 (the year of Labaki's birth).

A win would make her the first female Arab director to lift top honours, and only the second woman, after Jane Campion for "The Piano" in 1993.

"It would be a huge turning point for me, obviously, if it happened," she said ahead of Saturday's ceremony, adding nervously, "I don't want to think too much about it."