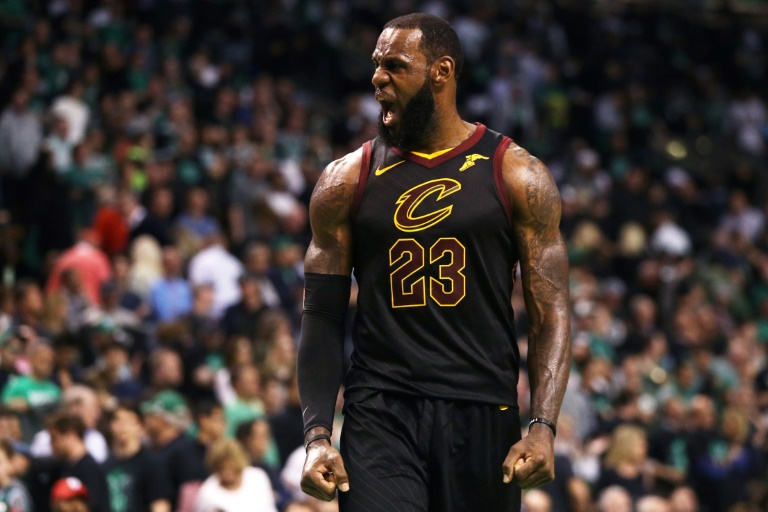 On the move?: LeBron James.(Photo: AFP)

NBA superstar LeBron James informed the Cleveland Cavaliers on Friday that he will not exercise his $35.6 million contract option, according to multiple reports, making him the top free agent prize.

The Los Angeles Lakers, Houston Rockets and Philadelphia 76ers are expected to be the most ardent suitors for James, who has played in the past eight NBA Finals and nine overall in his career.

Four-time NBA Most Valuable Player James could still sign a new deal with the Cavaliers, the hometown team he led to an NBA crown in 2016 to snap a major sports title drought dating to 1964.

But the Cavaliers were swept by the Golden State Warriors in the NBA Finals earlier this month and James makes no secret of wanting to play on a team that can challenge the Warriors, winners of three titles in four seasons, for NBA crowns.

James, 3-6 in the finals, left Cleveland in 2010 for the Miami Heat, where he won two titles and twice lost in the finals before returning to the Cavs in 2014 with a vow to make them champions.

Having accomplished that feat, James said after this year's finals that he would consult with his family before deciding about his future plans.

"I came back because I felt like I had some unfinished business," James said after the Cavs last NBA Finals loss.

"To be able to be a part of a championship team two years ago with the team that we had and in the fashion that we had is something I will always remember."

The decision sets up a wild NBA free agency period that begins Sunday, with teams trying to assemble talent and money to make a run at top stars like James and Paul George, who opted out Thursday from Oklahoma City.

James owns a home and film production company in Los Angeles, where the Lakers are hoping to sign top free agents and possibly swing a trade deal with San Antonio for Kawhi Leonard.

The Cavaliers can offer James the most money under NBA rules, a five-year deal worth $209 million, and he could also sign a short-term deal.

But the expectation is the Lakers, who have plenty of spending room under the NBA salary cap, will make a run at James and George and offer draft picks and players to San Antonio for Leonard.

Philadelphia would offer the chance to play alongside NBA top rookie Ben Simmons of Australia as well as young star Joel Embiid while a Houston deal could see him join James Harden and Chris Paul.