CULTURE Leclerc on top in Austria as Bottas, Verstappen crash

Leclerc on top in Austria as Bottas, Verstappen crash 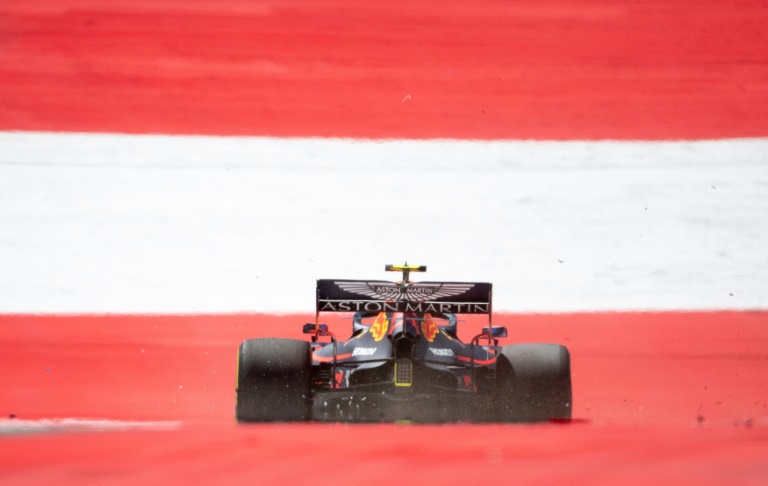 Charles Leclerc topped the times for Ferrari ahead of Mercedes’ Valtteri Bottas and Red Bull’s Pierre Gasly in an incident-filled second free practice at this weekend’s Austrian Grand Prix.

On a sweltering afternoon in the Styrian Alps, with an air temperature of 31 and the track at 55 degrees, defending five-time champion Lewis Hamilton was fourth for Mercedes and Sebastian Vettel was eighth in the second Ferrari.

Max Verstappen, who wound up ninth, crashed his Red Bull as did Bottas later in his Mercedes, both men escaping unhurt.

Carlos Sainz was fifth for McLaren ahead of Romain Grosjean of Haas, Kimi Raikkonen of Alfa Romeo, Vettel, Verstappen and British rookie Lando Norris in the second McLaren.

Five days after a flat, processional and uneventful French Grand Prix, the Spielberg circuit delivered the busiest and most chaotic free practice of the season with two red flag interruptions, for major accidents, as Mercedes struggled to repeat their customary supremacy.

Hamilton had been fastest in the morning’s opening session, the first time this year he topped FP1, but it was a different story in the afternoon heat as Leclerc set the pace.

The Monegasque driver put his Ferrari on top after 16 minutes and despite being outpaced by Bottas and then Hamilton he found a response that lifted him beyond them again with half an hour remaining.

By then, Bottas was back in the paddock after losing control of the rear end of his Mercedes at Turn Six where he slewed off into the gravel and hit the barriers head-on.

Both front wheels broke free, but were retained in their tethers. "Is he ok?" asked Vettel on Ferrari team radio, just 10 minutes before he, also, lost control of his car at T10 and managed to catch it, in a frantic flash of drama, before he crashed.

He returned to the pits for new tyres as the third of the main front-runners to have had difficulties, Verstappen having smashed into the wall at Turn 10 to bring out the red flags for the first time in his Red Bull after 37 minutes.

The Dutchman, backed by a very sizeable ‘orange army’ of fans, lost the rear end and crashed backwards. He walked, or ran, back to the pits.

In other incidents, Sainz also ran off track at Turn Six where he survived after diverting through a broad gravel trap and re-joining the circuit and then Leclerc almost collided with Antonio Giovinazzi’s Alfa Romeo at Turn Three.

Boring? This session required the spectators’ full attention and proved, perhaps, that some tracks – particularly those with hills, bumps, plenty of twists and turns and, in short, plenty of challenges for the drivers, will create incidents.