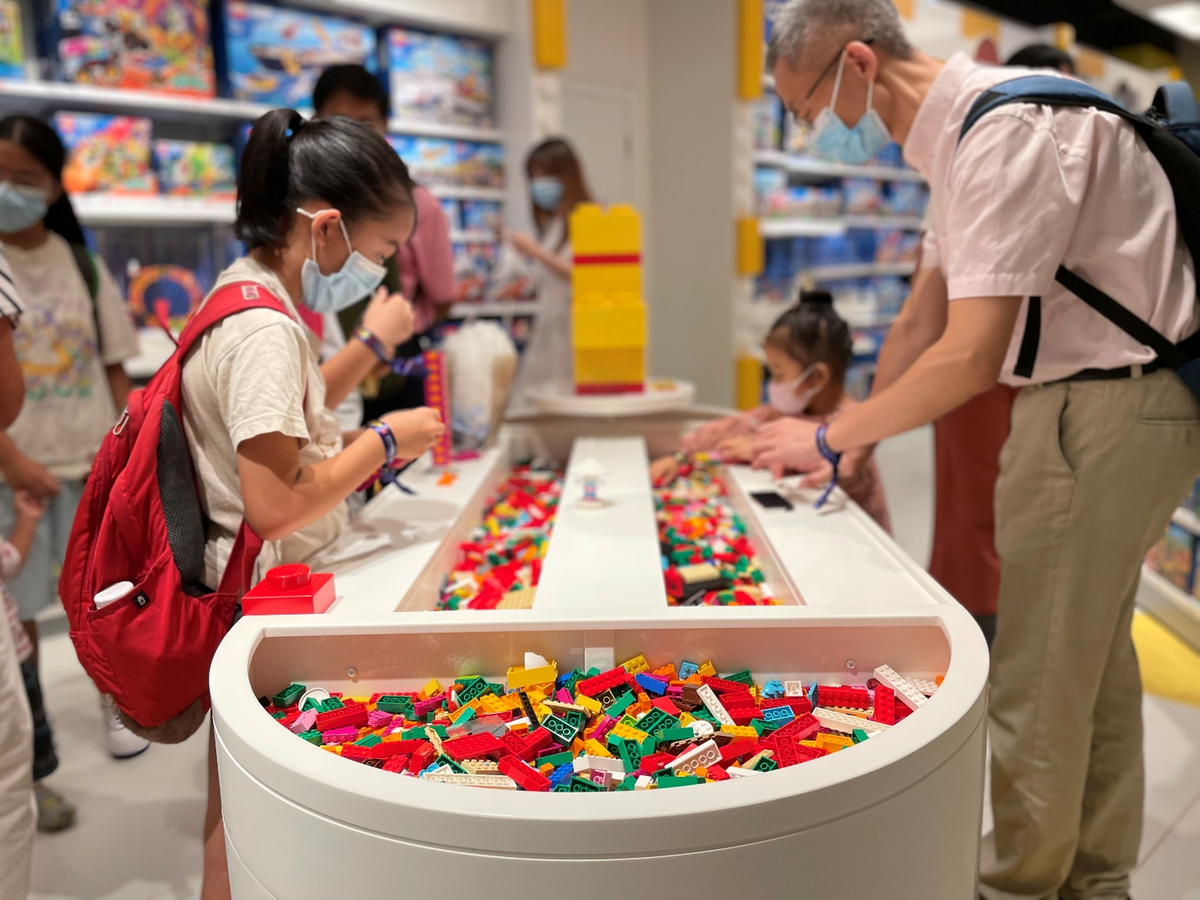 A newly opened Lego flagship store in Guangzhou, capital of Guangdong province, offers an immersive world built out of the company's iconic toy bricks and helps to blend unique digital and physical experiences for local children and families, a senior company manager said.

Huang made the remarks after Lego opened its largest flagship at Grandview Plaza in one of the most popular commercial streets in downtown Guangzhou on Oct 1.

"With this uniquely designed store, we hope to offer creative play experiences to more local children, families and fans and bring to life the idea of learning through play," Huang said.

The 721 square-meter two-story flagship location is based on a newly designed Lego "retailtainment" concept. The new format, which has been in development for two years, was inaugurated at the Lego flagship store in New York in June this year.

Elements of the new concept will be rolled out to more than 100 stores around the world in the coming years, according to Huang.

The flagship store will be a destination for product launches and other exciting events, celebrating key LEGO moments and creating a hub for the fan community, according to Huang.

"The city's cultural richness and sustainability credentials make Guangzhou one of the leading shopping destinations in China," Huang said.

China is a strategic growth market for Lego and has posted strong figures in recent years.

Lego has so far opened six flagship stores in China. Prior to the flagship store in Guangzhou, the other five stores have been launched in Shanghai, Beijing, Hangzhou, Zhejiang province and Shenzhen, also in Guangdong.