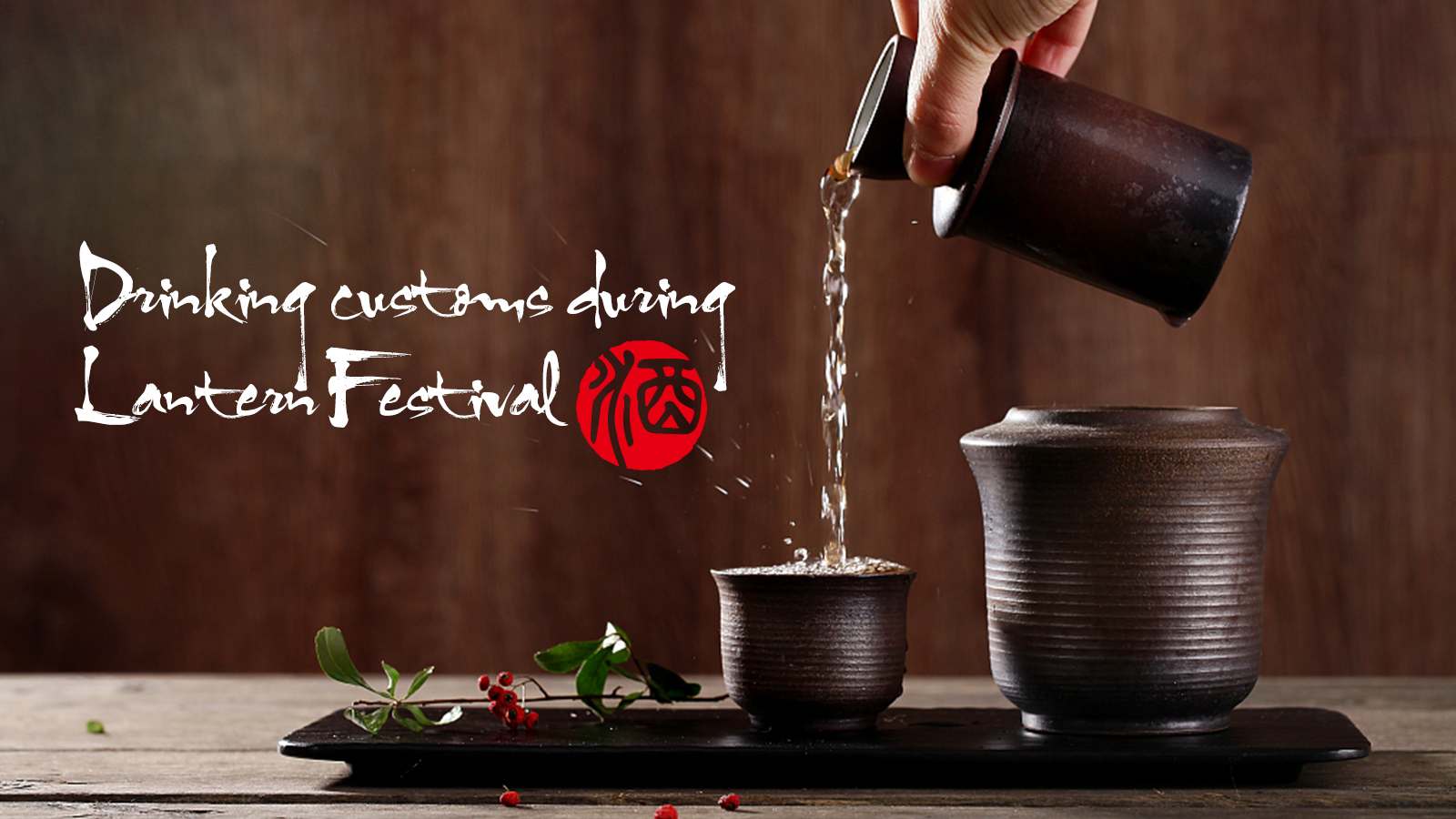 Lantern Festival or "Yuan Xiao" is a traditional Chinese festival and falls on the 15th day of the first lunar month marking the end of the Spring Festival.

The Lantern Festival and wine have always been closely linked. The Lantern Festival is depicted in great detail in "Dream of the Red Chamber," one of China's Four Great Classical Novels, and includes passages where they describe celebrating the festival by "eating Yuan Xiao", "setting off fireworks" and "drinking wine."

From the second day of the first lunar month to the Lantern Festival, people in Fujian will drink "spring wine" when they treat each other for dinner. Usually, they will drink "Qinghong wine," a kind of yellow wine, which is also a specialty of Fujian Province.

There is nothing special about the way the wine is made, but some special ingredients are needed, such as red yeast rice, a natural food coloring. First quality glutinous rice is steamed in a barrel. It is then cooled and put into a clean wine jar. Then, red yeast rice and moderate amounts of cold water are added, after a period of fermentation, the "Qinghong wine" is brewed. The color of the wine is amber and should have a smooth with an alcohol content of about 13 percent.

People in Shaoxing traditionally choose "Yuanhong wine," a famous local wine, for the Lantern festival. "Yuanhong wine" is made from glutinous rice as well, which has a red color and sweet taste. Due to its color drinking "Yuanhong wine" also indicates that the coming year will be full of good luck.

At the end of Ming dynasty (1368–1644) and the beginning of Qing dynasty (1644-1912), Shunde's "lantern wine" became extremely popular. In Foshan City and other places, drinking "lantern wine" has been popular for three to four hundred years and drinking occurs every year from the eighth day of the first lunar month to the Lantern Festival. The original purpose of drinking "lantern wine" was to offer a sacrifice to ancestors, pray for a good harvest in the coming year, or to celebrate any new births in the family.

The main form of lantern wine parties are the banquets. People hang lanterns in front of ancestral halls and hold feasts. The whole village will gather together to celebrate. In addition, there will be lantern auction activities, the price of each lantern will range from a few hundred yuan to tens of thousands of yuan.

Most of the bidders are private business owners, who can use the lucky lanterns to wish their businesses good luck in running smoothly while also using the money for next year's "lantern wine" event.