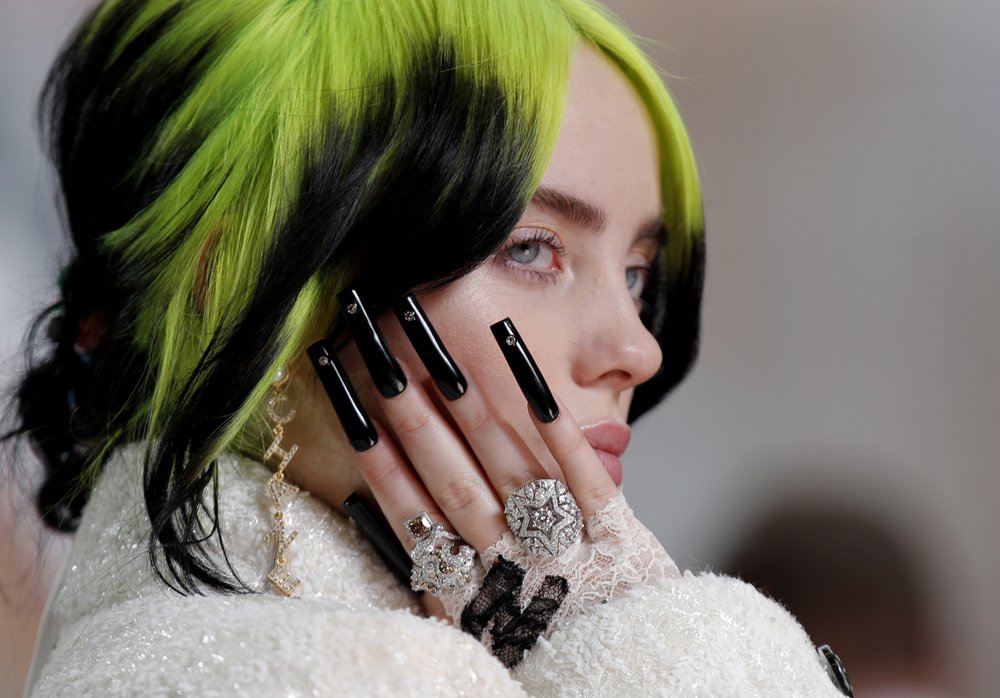 In this Sunday, Feb. 9, 2020 file photo Billie Eilish arrives at the Oscars at the Dolby Theatre in Los Angeles. (Photo: AP)

Singer-songwriter Lewis Capaldi and rapper Dave lead the nominations for the U.K. music industry’s Brit Awards, which faced criticism for the lack of female artists nominated for the high-profile prizes.

Capaldi, who topped UK and US charts with his single “Someone You Loved,” and Dave, who won the 2019 Mercury Prize for his album “Psychodrama,” are both nominated for four Brits, including male solo artist and album of the year. The awards were to be handed out Tuesday at a ceremony in London.

Other multiple nominees include grime artist Stormzy and singer-songwriter Mabel, who are each up for three awards.

Stormzy, Lizzo and Harry Styles are scheduled to perform during the awards show at London’s O2 Arena, hosted by comedian Jack Whitehall. Quintuple Grammy winner Billie Eilish, 18, is set to give the first public performance of her James Bond theme song “No Time to Die.”

Eilish is also a favorite to take the prize for international female artist of the year.

At the other end of the musical age spectrum, 75-year-old rocker-turned-crooner Rod Stewart will be closing the show, accompanied by former Faces band mates Ronnie Wood and Kenney Jones.

The Brits have been criticized over the years for failing to reflect the diversity of British music and being slow to embrace the emergence of genres including home-grown British grime and hip-hop.

In 2017, the academy of more than 1,000 music industry professionals that chooses Brits winners was expanded in an attempt to make it more gender balanced and diverse. Last year female nominees outnumbered men for only the second time in the event’s 40-year history.

But this year only four nominations out of a possible 25 in categories that are not gender-specific feature women. No female performers are included on the shortlists for best group or album of the year.