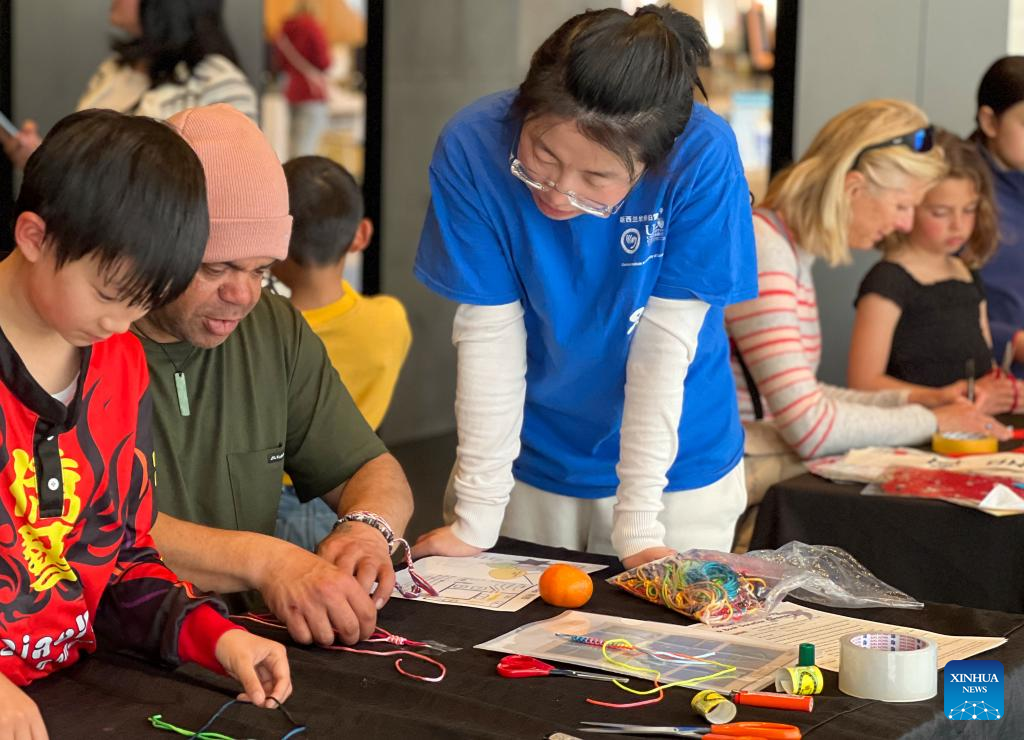 Local residents participate in the Chinese Immersion Day activities in the New Zealand city of Christchurch, Sept. 25, 2022. (Photo by Walter/Xinhua)

The Chinese Immersion Day was held in the New Zealand city of Christchurch on Sunday, with the local libraries receiving donations of popular Chinese books.

The Chinese Consulate General in Christchurch gave popular children's books in Chinese and those about modern China to the central city library, as part of the nationwide celebration of the New Zealand Chinese Language Week which started on Sunday.

"Last time when I visited the library, I was told that Chinese books are very popular and new books are often checked out as soon as they hit the shelves," Consul General He Ying told the donation ceremony.

The donated books this year include children's favorite idiom stories, traditional culture and drawing books, as well as books on modern China, according to He, who said the books are expected to help fellow Chinese understand the latest development of China and help Kiwis learn and understand more about the East Asian country.

Carolyn Robertson, libraries and information manager for Christchurch City Council, said the donated books were wonderful gifts for the community to enjoy, adding that the city libraries need diverse language books as part of a wide range of books offered.