Life of Rachmaninoff, the Chinese version

After “The Genius of Mozart,” the story of Rachmaninoff, another great composer, will also be staged at the SAIC Shanghai Culture Square from November 16-25. But this time, in Chinese. 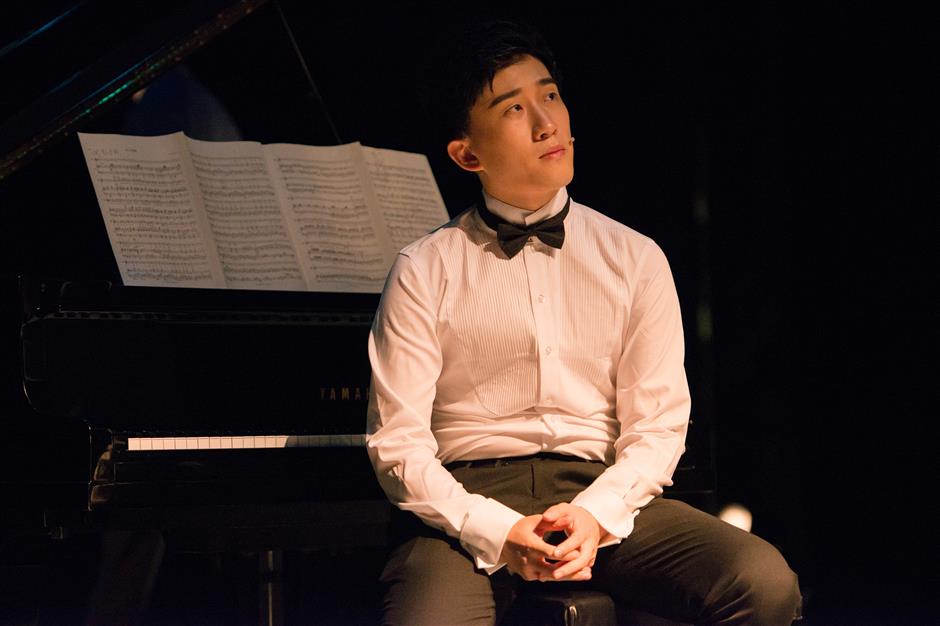 Young musical singer Zhou Keren is to play both Rachmaninoff and Dahl in a new production of “Rachmaninoff.” (Photo: Shine.cn)

"Rachmaninoff,” as a new production by the Shanghai Culture Square based on the Korean Musical of the same name, will be presented by young Chinese artists like Jiang Qiming, Wang Peijie, Shi Zheming and Zhou Keren.

Rather than telling the life story of the Russian composer, this “Rachmaninoff” focuses on a single chapter of his life — the birth of Rachmaninoff’s “Piano Concerto No.2.”

In 1897, the overwhelming negative reviews on the premiere of Rachmaninoff’s “Symphony No.1” dealt a heavy blow to the young composer.

It plunged him into a three-year depression and he composed little until he received successful treatment from a family friend, physician and amateur musician Nikolai Dahl in 1900.

That summer, Rachmaninoff felt that “new musical ideas began to stir” and resumed composition. “Piano Concerto No.2,” his first fully completed work in 1901, was enthusiastically received.

The previous Korean production in 2016 was also much well-received, as the story of the young musician struggling in adversity and reviving again with friend’s help 100 years ago still echoes with many young urban residents today. Besides, the crafty combination of classic melody of Rachmaninoff and trendy musical presentation shows refreshing new possibilities of the musical as a stage art form.

In the new Chinese production, live piano and string ensembles are kept, while Chinese lyrics are carefully constructed to keep as much the initial flavor as possible.

“All the music used in the musical was selected from Rachmaninoff’s works, while lyrics were added to help tell the story,” says Fei Yuanhong, deputy general manager of the Shanghai Culture Square.

Young singer Zhou Keren was chosen to play both Rachmaninoff and Dahl.

“The two roles are very different in personality. Rachmaninoff is fatalistic and gloomy, while Dahl is fun and humorous,” says Zhou. “Different voice parts were chosen for the two characters, which will help audiences easily distinguish between them.”

Majoring in conducting at the Shanghai Conservatory of Music, Zhou is familiar with Rachmaninoff’s music. Yet by playing him on stage, Zhou feels like knowing the composer better as a person.

“I felt like more close to him in spirit and life,” says Zhou.