A spectacular light-and-sound show, Queen of Hearts, is being held on the famous façade of the Notre-Dame de Paris cathedral, in memory of World War I heroes, and to celebrate the Gothic architecture’s historical significance in medieval France.

Artistic director Bruno Seillier, whose oeuvre has mesmerized visitors in the past, is the guiding force behind Queen of Hearts.

The event seeks to demonstrate the incredible history of the cathedral, through the lens of the tragedy of WWI, and pays homage to the American soldiers who valiantly fought in France to keep the universal spirit of peace and brotherhood alive. 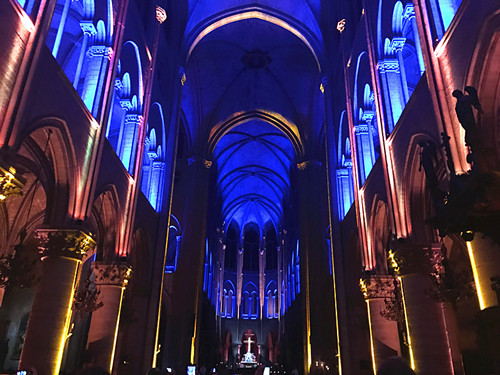 The interior of the cathedrale with flashing lights, instead of sunshine through the stained glass. (Photo: by Wu Yiwen) 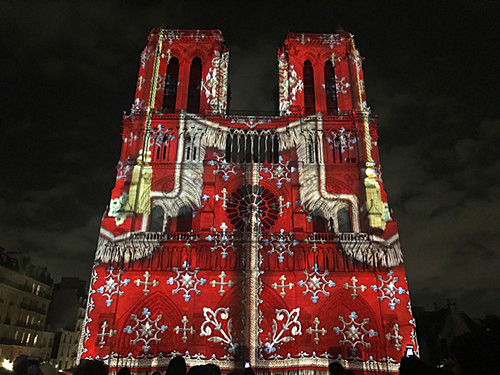 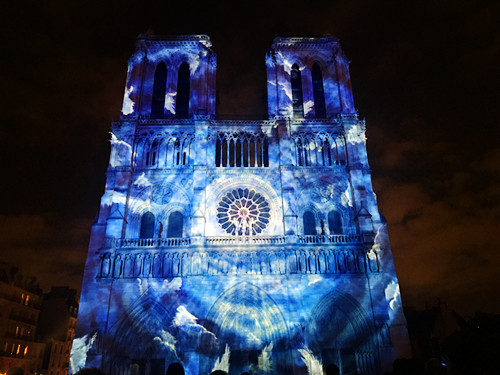