Lights, camera, action as movie town back in full swing 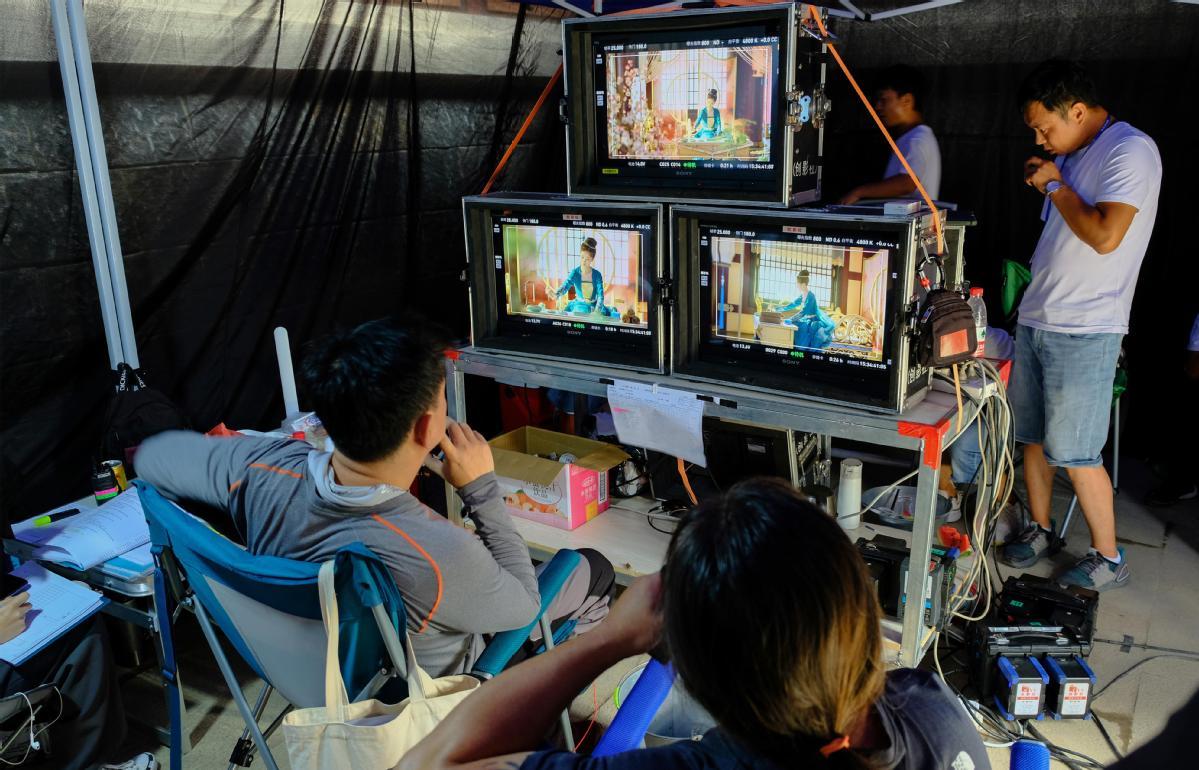 With the midday temperature reaching 37 C, many tourists took a break from the summer heat by staying indoors or under the trees in Hengdian, a town in Zhejiang province known as "China's Hollywood".

However, there was no rest for Wang Ling, an agent who helps movie and television crews find locations and book time for shooting scenes.

"I've been busy like crazy since work resumed in Hengdian and am now working with 50 percent more crews than I did previously," said Wang, who uses an alias.

He said he walks a considerable distance each day throughout the town, which is the country's biggest film and TV production center.

Some 25 percent of domestically made movies and 33 percent of the nation's TV series, including more than 64,000 episodes, have been shot in Hengdian.

For months, shooting was restricted due to the COVID-19 pandemic, but since June as the outbreak in China was controlled, a frenetic pace has been set in Hengdian. More than 100 film and TV crews are currently working in the town, about 16 percent more than at the same time last year.

At the end of February, Xiangshan Film and Television Town in Ningbo, Zhejiang, was one of the first production bases to reopen.

Hengdian World Studios, one of the country's biggest movie and TV production centers, reopened five of its shooting locations on March 28, with more than 20 crews resuming work on productions, including the new TV series Legend of Fei starring Zhao Liying and Wang Yibo.

On July 29, shooting began on the online movie Shuiyue Jinghua, a production sponsored by Youku, the streaming company owned by e-commerce giant Alibaba and Shanghai Films and Media Corp. The fantasy/romance drama is being filmed in Hengdian and Shanghai.

Its producer, Ma Zhanyou, said, "We have spent more time and money than usual due to the COVID-19 pandemic, especially on preparing the script, design, costumes, makeup and hairstyling, and are now rushing to start shooting in Hengdian as the film and TV industry recovers from the outbreak."