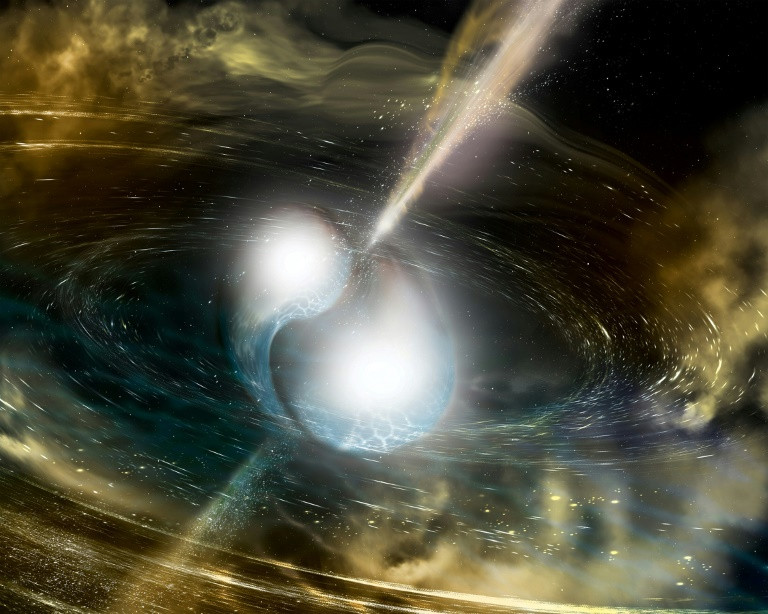 WASHINGTON, Jan. 7 (Xinhua) -- An international team led by LIGO-Virgo scientists has identified another event of gravitational ripples from a collision of two neutron stars, making it the second time this type of occurrence has ever been observed in gravitational waves.

The results were presented at a press briefing at the ongoing 235th meeting of the American Astronomical Society in Honolulu, Hawaii.

The LIGO Livingston Observatory in the United States picked up the gravitational ripples on April 25, 2019, according to the study. The ripples were too faint to be visible to Virgo, the Italy-based gravitational-wave detector, but information was still gained about where the signal must have originated from.

In August 2017, the first observation of gravitational ripples from a neutron star collision made history for being the first time that both gravitational waves and light were detected from the same cosmic occurrence. By contrast, the April 25 merger did not result in any light being detected.

However, researchers found that the collision produced an object with an unusually high mass. "The combined mass of this binary is much higher than what was expected," said Ben Farr, a LIGO team member based at the University of Oregon.

The LIGO data revealed that the combined mass of the merged bodies is about 3.4 times the mass of Earth's sun. In our galaxy, known binary neutron star systems have combined masses of up to only 2.9 times that of our sun.

More data and new models are needed to explain the merger's unexpectedly high mass, according to the researchers.