CULTURE Like her parents, Blue Ivy now an award-winning songwriter

Like her parents, Blue Ivy now an award-winning songwriter 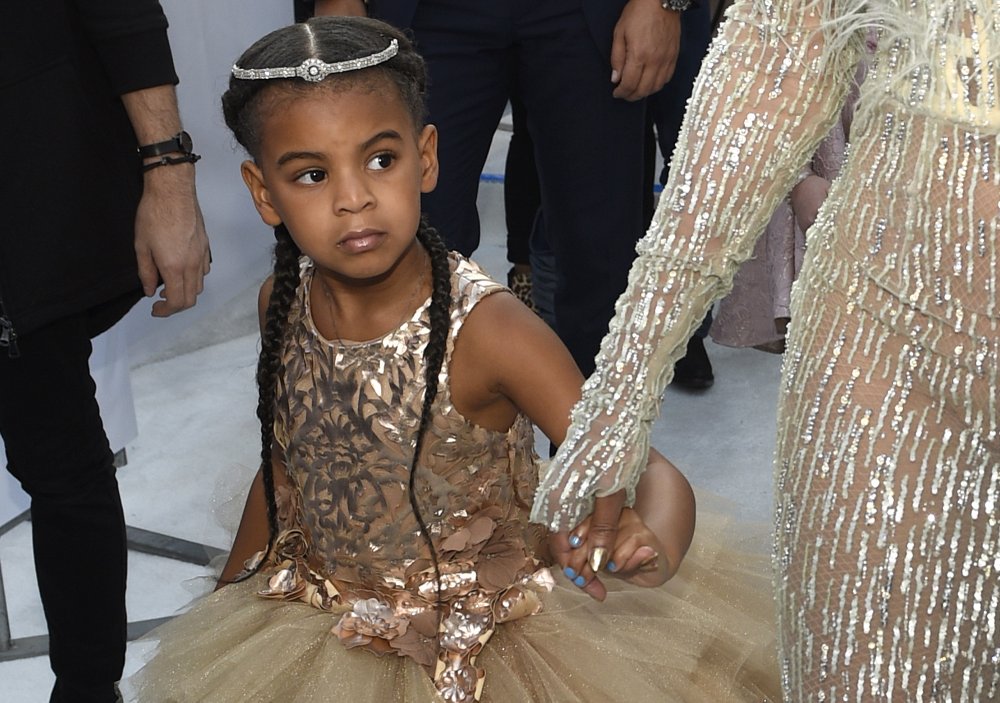 At just 7, Blue Ivy Carter is an award-winning songwriter.

Ivy Carter gives a vocal performance that opens and closes the song, which also features Wizkid and Saint Jhn.

The Carters weren’t at the Orleans Arena in Las Vegas to accept the honor named after the legendary Motown songwriting duo Nick Ashford and Valerie Simpson. Ivy Carter shares the win with Beyoncé, Jay-Z, St. Jhn and several other co-writers.

This week could get even better for Ivy Carter: Grammy nominations will be revealed Wednesday and “Brown Skin Girl” could earn the young star her first Grammy nomination (Beyoncé has won 23 Grammys and Jay-Z has 22).

“Brown Skin Girl” — which features Beyoncé namedropping Lupita Nyong’o, Naomi Campbell and Kelly Rowland and singing lyrics like, “I love everything about you, from your nappy curls to every single curve” — was also nominated for best collaboration at the Soul Train Awards. Most of the top winners didn’t attend the show, and only three of the 12 awards were handed out during the live telecast: best female R&B/soul artist (H.E.R.), best new artist (Summer Walker) and best gospel/international award (Kirk Franklin).

Chris Brown and Drake’s “No Guidance” — which has spent the last five months, and counting, in the Top 10 of the Billboard Hot 100 chart — was the big winner, picking up song of the year, best dance performance and best collaboration. Lizzo won album/mixtape of the year for “Cuz I Love You” and video of the year for “Juice.”

The awards show, which aired on BET and was hosted by actresses Tichina Arnold and Tisha Campbell, also gave special honors to gospel music icon Yolanda Adams and Songwriter Hall of Famers Jimmy Jam & Terry Lewis, who have worked with Janet Jackson throughout her career and have also crafted No. 1 hits for George Michael, Usher, Mariah Carey and Boyz II Men.