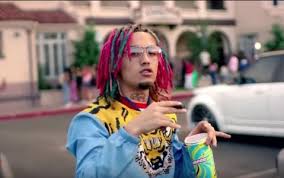 A member of a Chinese hip-hop group on Monday slammed US rapper Lil Pump for humiliating China in his unpublished new song, which was posted on Instagram.Li Yijie (also known as Pissy), a member of the Chengdu, Southwest China's Sichuan Province group Chengdu Revolution (CD-Rev) and songwriter, criticized Lil Pump for his new song Butterfly Doors. Pissy said the song reflects the recent China-US relationship. When the higher ups in the US excludes China and all its productions, the lower level, such as music companies will also pressure Chinese society. "Butterfly Doors" was leaked in an anti-China environment, he said."As a Chinese, I feel angry; and as a rapper, I'm ashamed with what Lil Pump wrote in his song. Lil Pump, one of the most popular rappers in the US, should not humiliate the spirit of the rap," said Pissy.Pissy said he deeply believes that everyone should not create hatred between Asians and black people. In the refrain, Pissy not only tells Lil Pump to respect himself but also introduces some Chinese history and greats to show the greatness of China.Lil Pump posted a new song on his Instagram on Monday. He squinted his eyes while singing the line, "Smoking on dope, they call me Yao Ming cause my eye real low (ching chong)," which is broadly viewed as imitating the appearance of Asians. Ching Chong is also seen as a humiliating word that makes fun of Chinese people's pronunciation of English.  The Lil Pump video went viral on Chinese social media as Chinese net users condemned him for racist lyrics. "It can be regarded as a racism issue or a diplomatic problem between China and the US," Weibo user Amleopard said.  Pissy wrote "From being discriminated against, the fact is you and white racists are the same. Respect yourself" in the diss track lyrics. The video was viewed nearly 550,000 times within four hours after it was posted online.