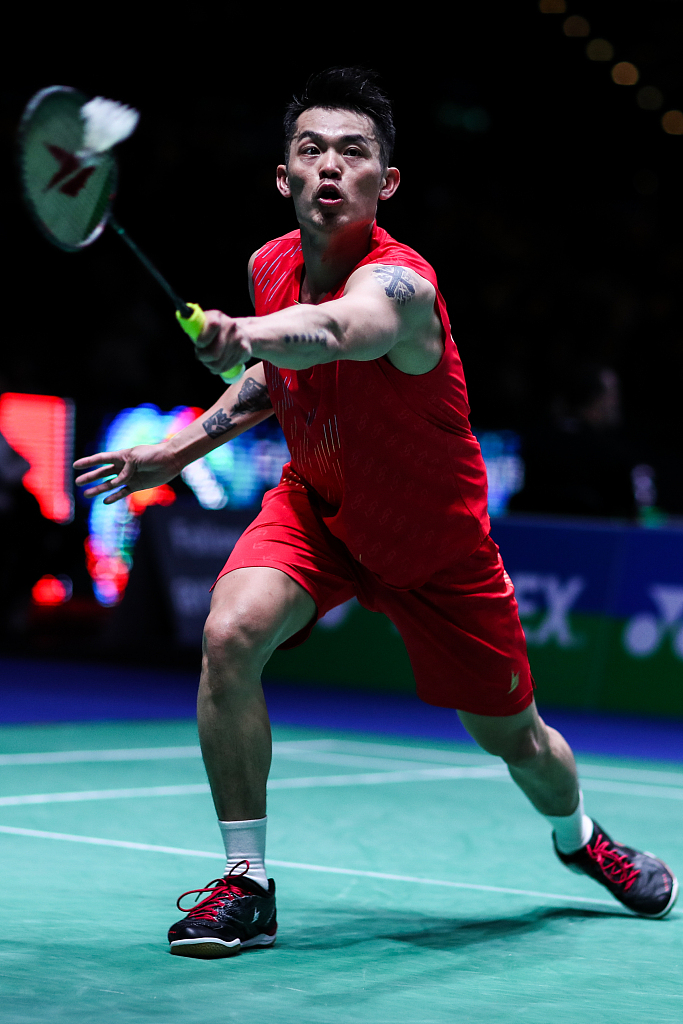 Lin seemed set to continue his recent poor performance when he quickly lost the first set 13-21 against Chinese Taipei's Chou Tien Chen, who is the third seed of the tournament.

Lin was at the verge of elimination when trailing behind 12-19 at the second set, but he put on an astonishing comeback by scoring nine consecutive points, winning the set by 21-19.

The Chinese veteran badminton star was in control during most time of the third set, took the match by another 21-19.

Lin will face stiff competition on Thursday when he faces off with Thailand's Suppanyu Avihingsanon, who had beaten Malaysian Lee Zii Jia 21-17, 19-21 and 21-15.

Overall, Chinese shuttlers bulldozed their way into the next round of the tournament, scoring victories in all categories.

In women's singles, He Bingjiao knocked off Line Hojmark Kjaersfeldt of Denmark 10-21, 21-12, 21-12, making a strong comeback after losing her first set and is set to face Kirsty Gilmour of Scotland.

Most impressive however was the Chinese team's showing for the doubles matches. Of these, mixed doubles pair Lu Kai and Chen Lu in particular gave their opponents no chance, knocking out Indonesia's Rusydina Antardayu Riodingin and her seeded Malaysian partner Mohamad Arif Abdul Latif in 22 minutes.