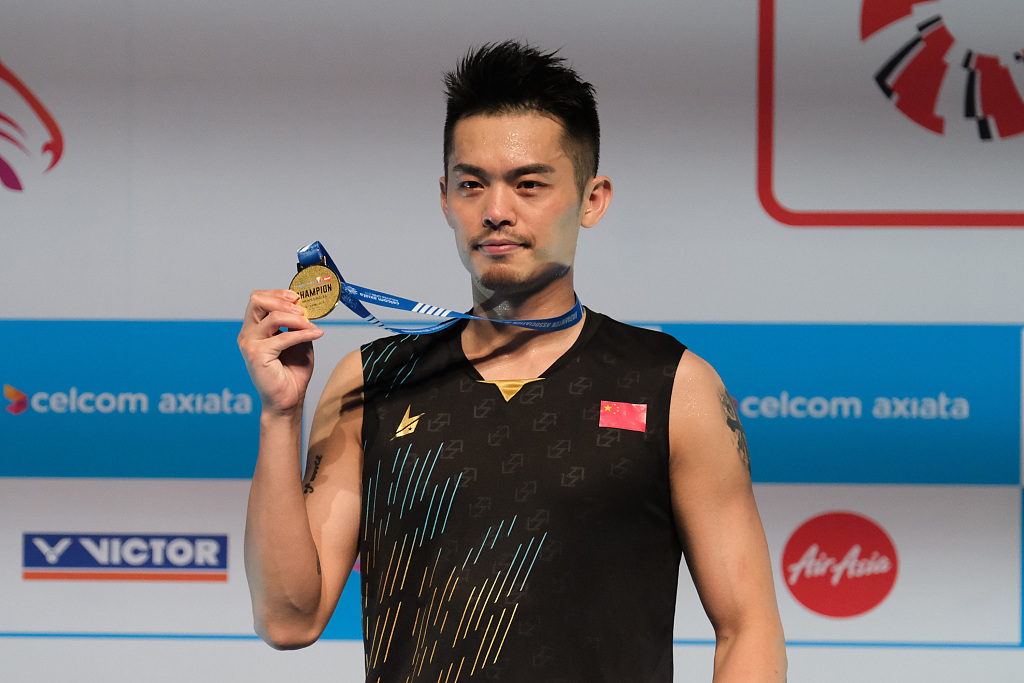 On his first title of the year, the 35-year-old Lin said that "it demonstrated that my previous training was effective, more importantly, it gave me confidence."

His long-time rival Lee Chong Wei of Malaysia, who is still recovering from a nose cancer last year, showed up at the award ceremony of the men's singles as the former world No. 1 opted to skip the Malaysia Open under the advice of his doctor.

"He congratulated me on my performance," said Lin. "He looks pretty well, I am sure we will meet again at the court."

Elsewhere, both mixed doubles and women's doubles finals were all competed among the Chinese shuttlers.

In the mixed doubles final, top seed Zheng Siwei and Huang Yaqiong beat second seed Wang Yilyu and Huang Dongping 21-17, 21-13 in 38 minutes, while Chen Qingchen and Jia Yifan put on their best in the women's doubles final by beating Du Yue and Li Yunhui 21-14, 21-15 in 37 minutes.

The women's singles was the only title that slipped out of their hands, which was won by Tai Tzu Ying of Chinese Taipei who beat Akane Yamaguchi of Japan 21-16, 21-19.