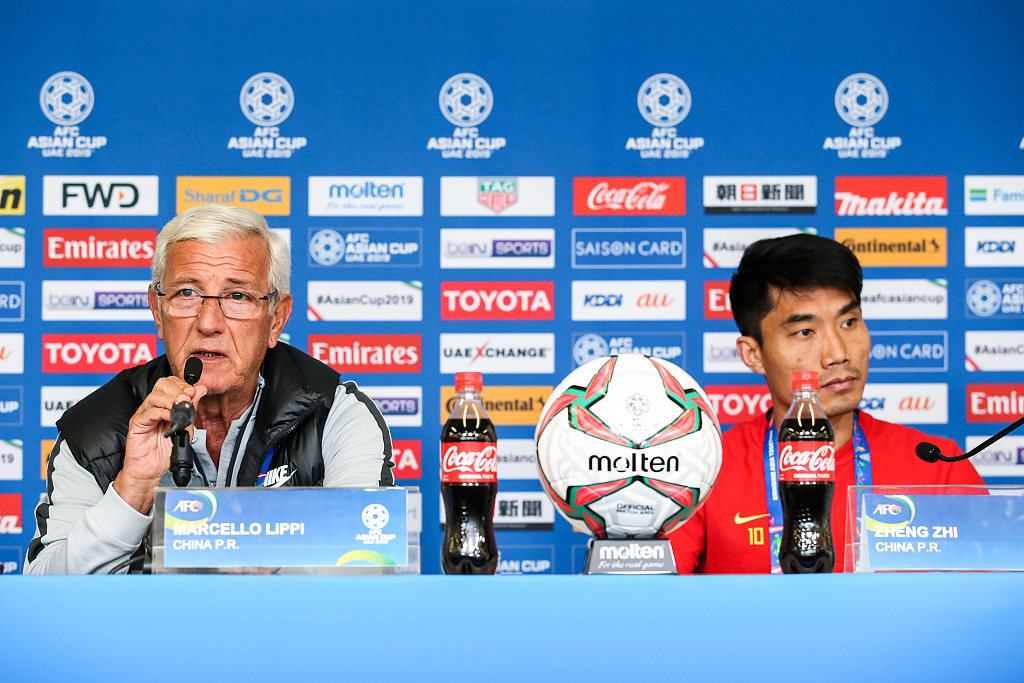 Wu, who had a brilliant brace in China's 3-0 victory over Philippines,sat out due to shoulder injury when China was defeated by South Korea 2-0 in the last group match.

The last time China played Thailand was a friendly match in June in Bangkok as Wu scored twice to earn China a 2-0 victory.

"Wu Lei will play in tomorrow's game,it's an very important game for us so I will put all my best players on the field. We must give everything we have," said Lippi.

"I think Thailand is a strong team, their style are kind like the Philippines in some aspects. We must be cautious and make sure don't give them too much space when they are attacking."

Thailand sacked Serbian coach Milovan Rajevac after losing to India 1-4 in the first group game, but they rebounded under caretaker boss Sirisak Yodyardthai to advance into the last 16.

When it comes to the match between China and Thailand, it's hard to not mention about the humiliating moment in Chinese football history when China suffered a 1-5 friendly defeat in China's Hefei in 2013.

"They beat us 5-1 five years ago, and we beat them 2-0 last year, but those are things of the past and have nothing to do with the next match, tomorrow will be another story," said China's caption Zheng Zhi.