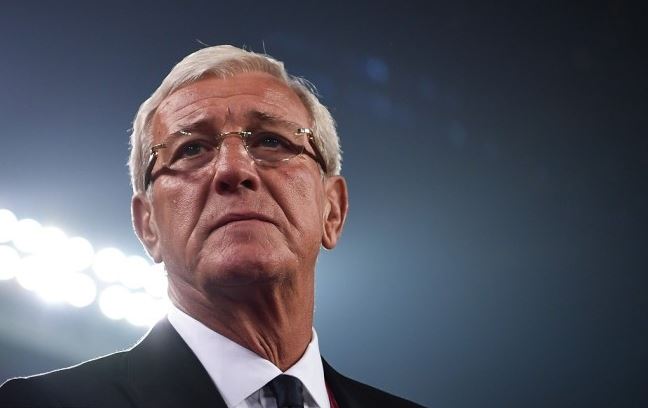 The source said the "four-year deal was almost done" and China set a target for Lippi to qualify for the 2022 World Cup.

"Lippi was in Guangzhou on Monday and he had talks with the officials from China," A source close to Lippi told Xinhua.

"The negotiation went smoothly and the two sides almost reached agreement despite a few details," the source said.

China's national futsal team player Guan Zhichao posted a photo on his social account with the 71-year-old on Monday at the International departure terminal of Guangzhou Baiyun airport.

Lippi then was leaving for Italy after the negotiation.

"My family and I was leaving Guangzhou for vacation, it was totally a surprise for me to meet him at the airport," Guan said.

"Lippi was in a good mood and he was very nice to have photo with me and my son," he added.

Lippi's first spell with China's national team started in November 2016 and ended in this January following his side's 3-0 defeat to Iran in the Asian Cup quarterfinals. The Italian guided Team China to 10 wins and nine draws in 30 matches.

Chinese fans were divided on Lippi's possible return. Some believe the Italian could lead China into the World Cup, but others said Chinese Football Association had made another wrong decision.

"Lippi is a world class coach and he had very abundant experience in Chinese football, he came back because he believe he can help China fulfill a World Cup dream, time will tell," A Chinese fan twitted on his Weibo account.

"Chinese football once again took a wrong way, we spent too much money on hiring expensive coaches and foreign players. What if we put these money into campus and youth academy? We already made it to the World Cup long ago," another fan said.