CULTURE Lippi returns, but can he lead Team China to victory?

Lippi returns, but can he lead Team China to victory? 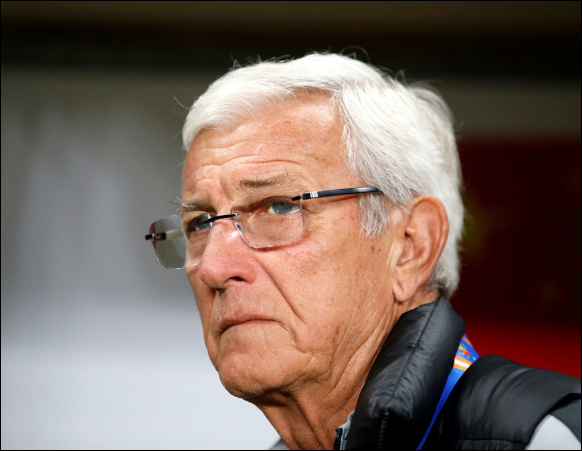 Italian soccer wizard Marcello Lippi has returned as head coach of China's national soccer team. But will the magic come with him? Will he bring what's needed to take Team China into the 2022 World Cup? The challenge is daunting.

The Chinese Football Association's announcement on Friday provided no details of Lippi's contract. But according to Beijing Youth Daily, his new deal will be similar to his first contract, when he was reportedly paid an annual salary of 20 million euros ($22 million). It said he will start in June.

The first time Lippi took over, the national team showed "a very positive attitude and great perseverance" in competitions, the association said on Friday. "We are confident that Team China will again try its best to chase their World Cup dream," it said.

The association also announced that it has set up a preparatory group for the upcoming election of new leadership, which is scheduled for next month.

According to Beijing Youth Daily, Lippi will arrive in Guangzhou, Guangdong province, on Tuesday. His first task will be to compile a new list of 25 candidates for Team China, which will assemble on June 3 for training. Lippi's assistants are currently scouting matches in the Chinese Super League and the second-tier China League One.

News of Lippi's hiring triggered a wave of chatter on Chinese social media. An hour after the announcement, related topics had been viewed more than 5 million times. While many basked in the coach's return, others expressed concern about the current status of the national team.

The last major appearance of Team China was at the 2019 China Cup in Nanning, Guangxi Zhuang autonomous region, in March, when the squad lost both its games. Lippi's successor, Fabio Cannavaro, who coached both China and Evergrande, resigned a month later.

Lippi will now guide the team through the qualifying rounds of the 2022 World Cup. China is looking to secure a place in the World Cup again after making its one, and so far only, appearance in the finals in 2002.

Lippi, who led his native Italy to World Cup glory in 2006, was first hired in November 2016, but his original two-year stint in China delivered little to cheer about. He was unable to take China to the World Cup finals in Russia in 2018.

The 71-year-old Lippi had stepped down in January, after the country's quarterfinal exit from the Asian Cup, when he reportedly became furious in the dressing room after China's crushing 3-0 loss to Iran.

Lippi's first game in his second tenure will be a friendly match with the Philippines in Guangzhou on June 7, as Team China prepares for the second round of Asian zone qualifying for Qatar 2022, which kicks off in September.

"I think I'd vote for Lippi to come back," 38-year-old Team China captain Zheng Zhi said on China Central Television in March. "The old man would for sure bring more values to the team. We never lost faith in him, and our players all recognize his importance. From the beginning until the last game of the Asian Cup, we never doubted him, despite all the ups and downs."

What players will be chosen by Lippi remains uncertain, but seeking younger talent will be a priority. Lippi led the oldest team at the Asian Cup this year, with an average age of 30.2 years, and many veterans will retire before the next World Cup.

Lippi's best shot now is Espanyol striker Wu Lei, who joined La Liga immediately after the Asian Cup and became the first Chinese player to score in the league.