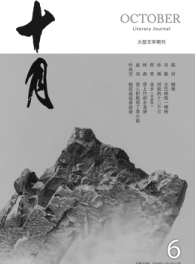 October, a magazine published in Beijing, has been a must-buy on newsstands for lovers of literature for four decades.

Launched in August 1978, the magazine, which publishes novels, dramas and poems, has cultivated a group of writers and a large number of readers. Xiong Zhe, 40, editor at a publishing house who was born in the year the magazine was founded, said it is a "joyous experience" to buy it on newsstands on the day it hits the streets once every two months.

"October opened the world of literature for me when I was a teenager," Xiong said. "It helped me to learn about literature and writers at a time when I did not have the ability to choose what books to read.

"I like writing, and dreamed of becoming a writer for the magazine. I mailed my piece to them, but it was not good enough to be published," he said. "However, I have continued to read October, because it's not just a magazine, but also an emotional attachment for me."

Wang Meng, a writer born in Beijing in 1934, said during a literary forum in October that he has a special link with October.

"I lived very close to the magazine's editorial office. Back in the days when I started writing, other authors mailed their pieces to the magazine. But I walked to their office and gave them my work, which saved me money for stamps but also built a strong connection between myself and the magazine. I miss those years deeply," he said.

More important, Wang said the magazine's launch had helped him to stop smoking. "Some writers like to smoke to gain inspiration. However, it caused cigarette ash to often fall on the paper, which annoyed me. So, when I started writing, I stopped smoking. Before October was founded, I had smoked for 15 years," he said.

Yan Jingming, vice-chairman of the Chinese Writers Association, said Beijing, with its unique culture and tradition, has cultivated a number of writers with "the literary style of this country", which has encouraged people to read and explore.

"Beijing is undoubtedly one of the most important places in Chinese literature, now and in the past," he said. "The city has gathered the most literary talent in the country. Writers and critics are very lucky to live here, because their voices and opinions will be heard and magnified with greater influence."

Yan added that growing communication between different cultures globally has enabled the rapid flow of information, requiring Beijing to strengthen its literary and cultural position.