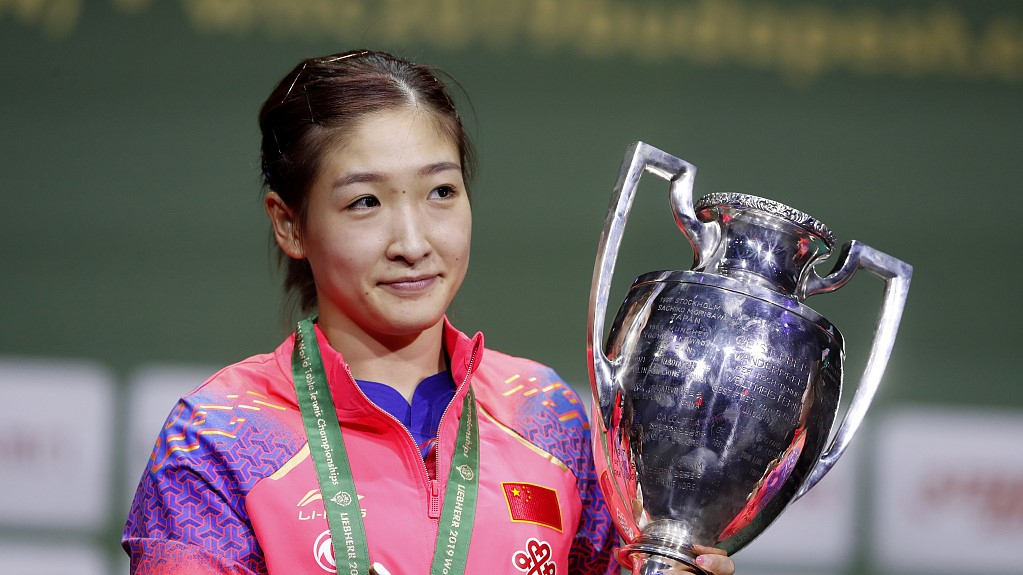 Before Budapest, 28-year-old Liu only had four Table Tennis World Cup championships under her name. The last two times she entered the World Championships final, Liu lost to her compatriots Li Xiaoxia and Ding Ning.

Even though Chen Meng, Liu's opponent in the final, made the final for the first time, she had already won seven of her contests against Liu and kept a five-straight-win record before Budapest. However, Liu did not let the title go this time. Though she lost her first game, Liu came back in the following competition and even swept Chen with an 11-0 in Game 5 before pocketing the final victory.

The finals of men's singles and women's doubles will take place on Sunday.