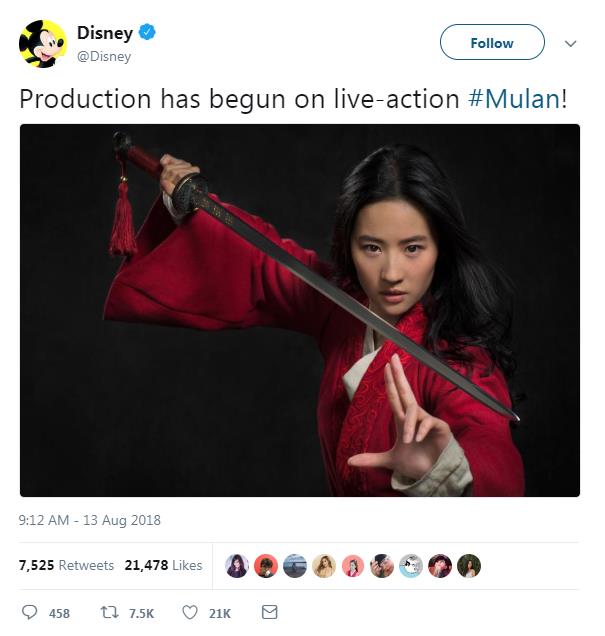 Disney announced on Monday that production of the live-action Mulan has begun, with Chinese star Liu Yifei as the main protagonist.

The 30-year-old Liu earned herself the nickname “Fairy Sister” from Chinese fans for her delicate look and roles in fantasy dramas. She was chosen by Disney to play Mulan in November 2017.

Disney’s 1998 animated film Mulan was a hit, grossing $120 million in the US and Canada combined. Screened in China in 1999, Chinese people complained about Mulan's depiction as too foreign.

But the single “Reflection” from the 1998 movie has become popular worldwide.

Mulan tells of a Chinese heroine who disguises herself as a man to take her father’s place in the military.

Directed by Niki Caro, the live-action movie’s cast also includes Chinese stars Donnie Yen as Mulan’s mentor Commander Tung, Gong Li as a powerful witch and Jet Li as the emperor of China. The movie is being filmed in New Zealand and China.

The live-action Mulan is expected to be released in Chinese cinemas on March 27, 2020, according to online movie database site IMDB.