CULTURE Lively and law-abiding: the image of Chinese social media

Lively and law-abiding: the image of Chinese social media 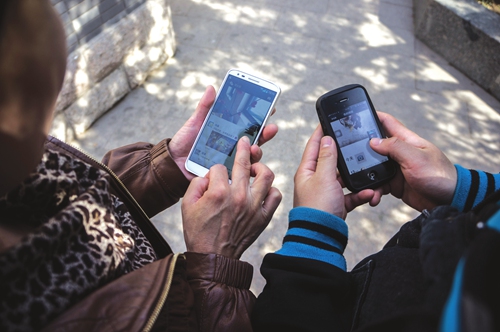 BBC on New Year's Day published an article of the top talking points on Chinese social media in 2019. The report alleged netizens have to "evade censors" to express their opinions on topics including Hong Kong, facial recognition technology, long working hours and sexual assault. But a closer look reveals the article failed to provide evidence and failed to fairly portray the vibrant Chinese cyber environment and active online engagements of net users.

For example, the article claimed "women in China have made it difficult for government censors to filter their experiences of sexual assault." This way of framing presumes there is filtering of such content to begin with.

Analysts mocked such narratives and noted that some Western media are imagining enemies and fabricating problems, such as a supposedly distorted public sphere in China.

"They [Western media] are very tactical in shunning the responsibility to prove something, not to mention that what they claimed perfectly fits the stereotype of their audience," Qin An, head of the Beijing-based Institute of China Cyberspace Strategy, told the Global Times.

Bias has propelled Western media to depict Chinese online social media as not free, ignoring the fact that people freely and actively discuss a wide range of topics.

Sina Weibo has some 210 million daily active users who share posts, photos and videos that express themselves. Weibo users often discuss topics of common concern such as the Hong Kong riots, the National Day military parade, a domestic violence incident involving, a beauty blogger that was abused by her ex-boyfriend, and other issues

Short video platforms like Douyin and Kuaishou showcase the lives of people from different ethnic and economic backgrounds, providing research material for anthropologists.

Kataya, a Japanese national working in Beijing after four years of studies in the US, uses social media platforms to conduct surveys on potential users for his company. He said the process makes his work much more fun.

"I have frequent contact with well-educated white-collars in big cities, but the social media platforms gave me an opportunity to look into different layers of the Chinese society," Kataya told the Global Times.

"Men and women, rich and poor, PhD degree holders and those who have only finished junior school, are all striving for a better life in such a hybrid country experiencing major changes, which is so different from my home country, and it amazed me," he said.

Social media have proved effective at mobilizing anti-government forces via agenda-setting and content control, and have effectively shaped information flow. The Western media only report police law enforcement, while downplaying the violence by rioters, which is actually the cause of the chaos. The strategy has proved effective. Another example from the past decade is the Arab Spring.

"But China's pace in developing its cyber capabilities is not shaken by those voices of ulterior motives," Qin said.

China has been investing in internet infrastructure including the 5G network, block chain and cloud technologies to not only boost the economy but also better serve the people.

The country is also refining its governance of the cyber space and encouraging the public to engage in social affairs via the internet.

Pornographic and violent content, rumors and libel of other net users must be cracked down upon, said Qin. He said both the government and online platforms should take responsibility as building a healthy and lively cyber environment is not a piece of cake.