Liverpool eased to a 3-1 victory over Bayern Munich at the Allianz Arena on Wednesday to reach the Champions League quarter-finals as Sadio Mane scored twice. 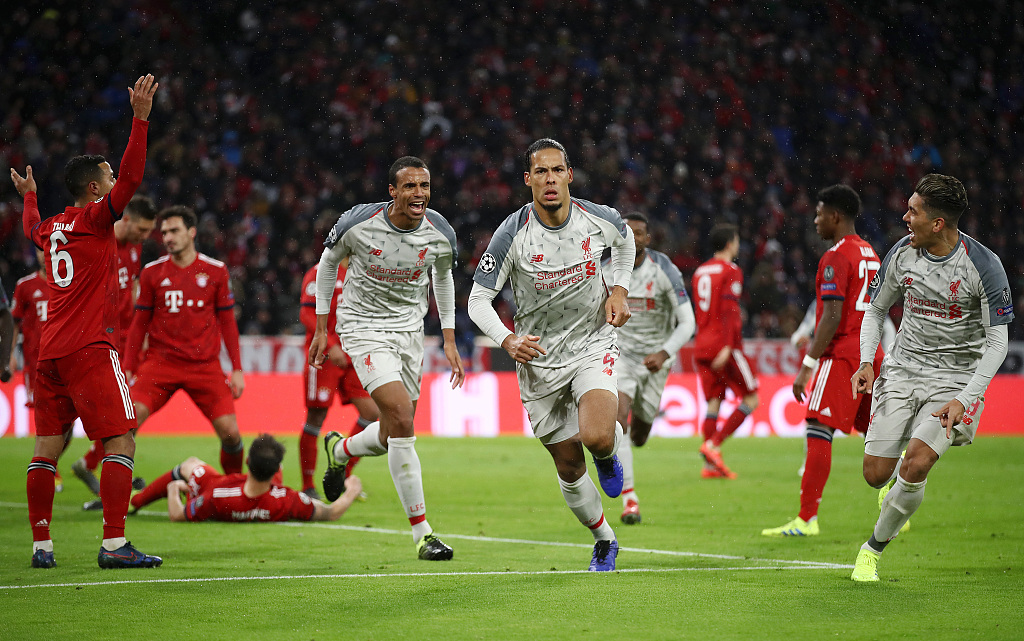 Virgil van Dijk of Liverpool (4) celerbates as he scores his team's second goal with Roberto Firmino and Joel Matip during the UEFA Champions League Round of 16 Second Leg match between FC Bayern Muenchen and Liverpool at Allianz Arena on March 13, 2019 in Munich, Bavaria, Germany. (Photo: VCG)

After a goalless first-leg draw, last season's runners-up Liverpool were too strong for a tame Bayern, completing a clean sweep of four English teams reaching the last eight for the first time since 2008-2009.