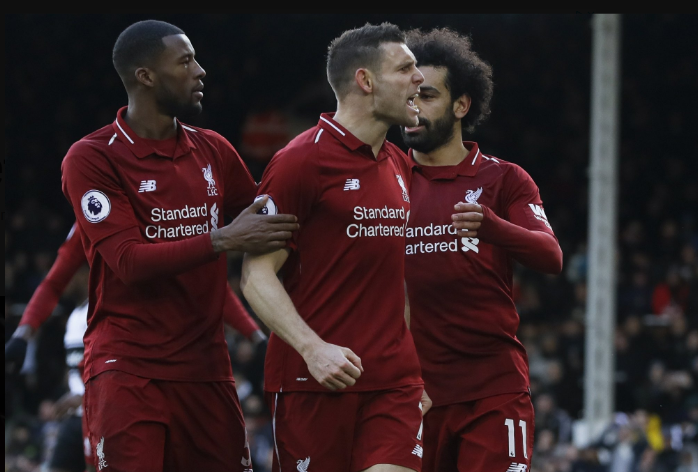 Penalties earned Liverpool a return to the Premier League summit and Brighton a place in the FA Cup semifinals on Sunday.

James Milner converted an 81st-minute spot kick to secure a 2-1 win for Liverpool at Fulham, lifting Juergen Klopp’s team above Manchester City and two points clear in the title race. City has a game in hand.

Brighton only got to extra time after scoring an equalizer in the fifth minute of stoppage time — through a goalkeeping error — to make it 2-2.

It is the first time the south-coast team has reached the semifinals since 1983.