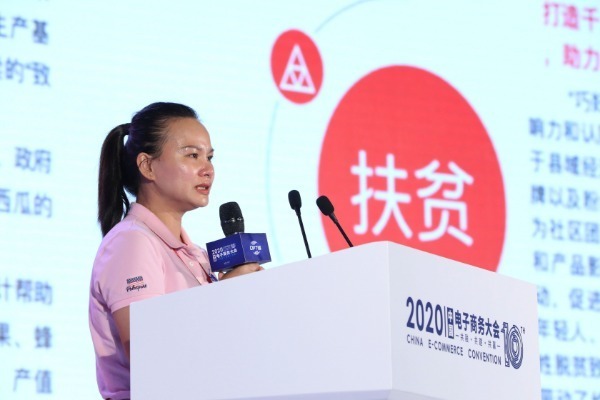 Gan Youqin, a livestreamer from the Guangxi Zhuang autonomous region, shares her experience at a conference in Beijing in September. (Photo: China Daily)

NANNING-With a hoarse voice yet shining smile, Gan Youqin chatted with her followers and promoted sales of citrus fruits of her hometown in her nightly livestreaming session.

The 40-year-old woman, who used to be a farmer and housewife in a small village in Lingshan county of South China's Guangxi Zhuang autonomous region, is one of the most popular online celebrities in China, attracting over 4.26 million followers on Douyin, the Chinese version of TikTok.

After the livestreaming show, Gan brought some citrus fruit to her employees who worked overtime to prepare for sales on Singles Day, which fell on Nov 11, a super online shopping day in China.

"We worked till midnight every day as online orders surged recently," says Gan, who helped villagers sell nearly 100,000 kilograms of citruses from Nov 1 to 9.

Gan says more citrus growers turned to her for help as fewer merchants came to the village to make bulk purchases because of the COVID-19 pandemic this year. She is now trusted and supported in her hometown for her great success in boosting sales of farm produce there.

Gan is known as one of the pathfinders of Chinese online rural celebrities who shared country life and promoted sales of related products online. She was encouraged by her nephew Zhang Yangcheng, and posted her first video in May 2017, which received 200,000 views in less than a day. 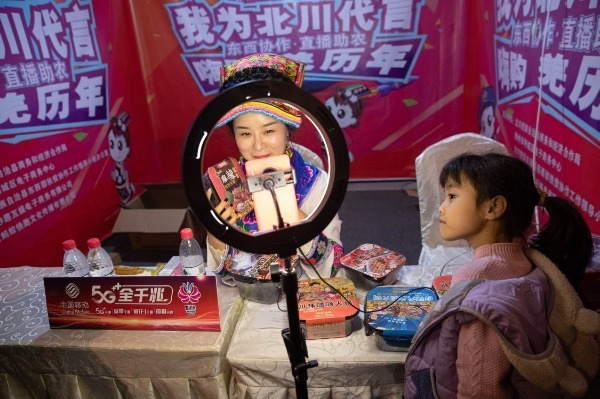 Zhang used to work for media in cities but returned to his hometown in 2017, asking Gan to be the main character in his short videos featuring country life.

"The short video industry was emerging in China at that time, yet few of the protagonists were farmers," says Zhang, who decided to seize the opportunity and work as Gan's full-time photographer at that time.

As Gan's fame grew, she began to sell fruit from her family orchard, but it soon fell short of demand. They then launched an e-commerce company selling various kinds of agricultural products from all over the region.

Gan's company has been a big success. It sold over 4 million kg of agricultural products in 2018 and 6 million kg in 2019, with sales revenue totaling 67 million yuan ($10 million).

Gan has become a role model in her field and received lots of awards for her achievements in boosting local agricultural products sales.

The success stories of Gan and other rural online celebrities have attracted lots of attention around the country, and more and more people in rural China are entering the short video and livestreaming industry.

"People often invited me to give lectures on livestreaming skills and how to make popular videos," says Gan, who admitted the four-year engagement in the short video industry brought her pleasure as well as pressure.

Gan is now fully occupied in shooting videos and livestreaming and often works from early in the morning to midnight.

"I may leave the industry in the future, so I am happy to see more young people go back to their hometowns to join the e-commerce industry. I am willing to do what I can to help them," says Gan, who plans to offer more free training to those who love the industry.