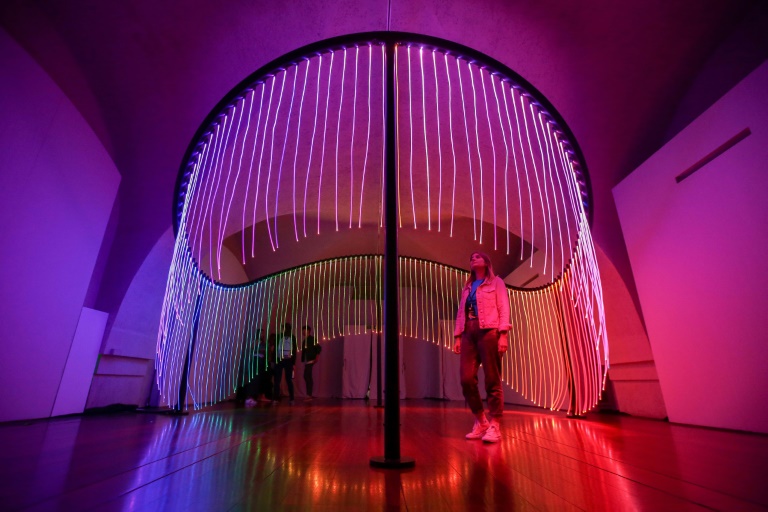 A visitor at the 'Australia, Full Spectrum' exhibit by desgingers Flynn Talbot Ltd., at the London Design Biennale. (Photo: AFP)

Filled with sounds, smells and interactive installations, the second London Design Biennale offers visitors a sensory exploration of the world, intended as an antidote to the "island mentality" of Brexit.

"We obviously live in a very emotionally turbulent and politically polarised time and the choice of theme was intended to reflect and confront that," said Christopher Turner, artistic director of the exhibition, which this year has the theme "Emotional States".

Barely a few months before Britain leaves the European Union in March 2019, the biennale is "intended as a corrective to that island mentality", Turner said.

He said the event, which opens at Somerset House on Tuesday and runs until September 23, shows that "London is open, not only to business but to the creative community".

The exhibition includes installations from 40 countries, from China to Canada and Saudi Arabia, allowing visitors to take the pulse of the world.

One uses video projections to put them at the virtual centre of an indigo production site in India, accompanied by the noise of the workers and the earthy smell of the indigo.

Another exhibit, inspired by the humid climate of Riga, allows visitors to write on a window covered in condensation, listening to the sounds of a battering storm and the smells of a Latvian forest.

It is intended to "show the existence of nature in our daily lives and hopefully make us re-evaluate the importance of it", said curator Arthur Analts.

It highlights the link between smell and memories, in a nod to novelist Marcel Proust, for whom the taste of a Madeleine cake brought childhood memories rushing in.

Many exhibits are playful, such as the Greek work "Disobedience", a theme that evokes the myths of Icarus, Antigone and Prometheus.

Designer Nassia Inglessis has created a 17 metre (55 foot) tunnel, the sides of which move as the visitor walks along, reflecting different emotions of those who break the rules, from curiosity to wonder and frustration. 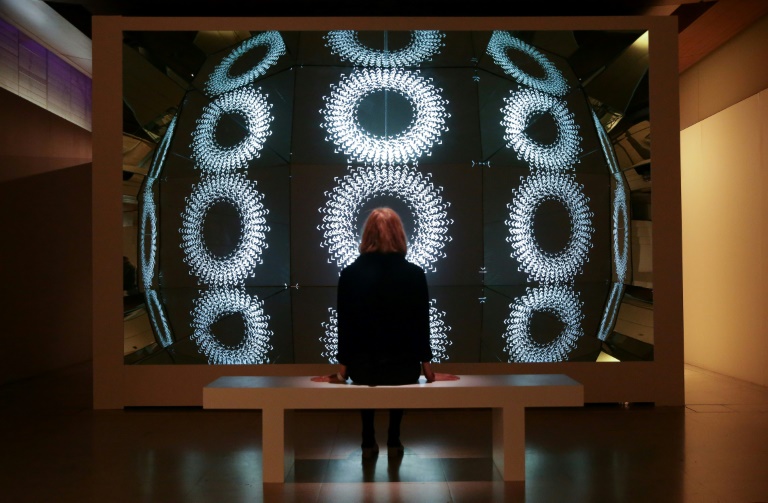 Joy, pride and pain are the complex feelings explored by David Del Valle in his installation about Colombia, a country whose inhabitants have long suffered from preconceptions based on its violent past.

Britain is represented by Forensic Architecture, a collective of artists, architects and journalists who have worked with the Yazidi non-governmental organisation Yazda in northern Iraq to help document the destruction by the Islamic State group.

The collective, nominated this year for the prestigious Turner Prize for contemporary art, trains ordinary people to take pictures and create 3D models of Yazidi sites that have been destroyed, both as proof of the crimes committed and a way to help reconstruct them.

At the biennale Forensic Architecture demonstrate their techniques, including protecting a camera with a plastic bottle and attaching it to a kite to take aerial photos.

"We are not evangelists who think that design can save the world," said Turner.

"But let's hope that in a small way, events like this can help ensure that this attitude of inclusiveness and international creative and culture exchange continues."