A lotus blossomed on Sunday for the first time in Yuanmingyuan, or the Old Summer Palace, from a seed unearthed in 2017 that had been underground for a hundred years, The Beijing News reported. 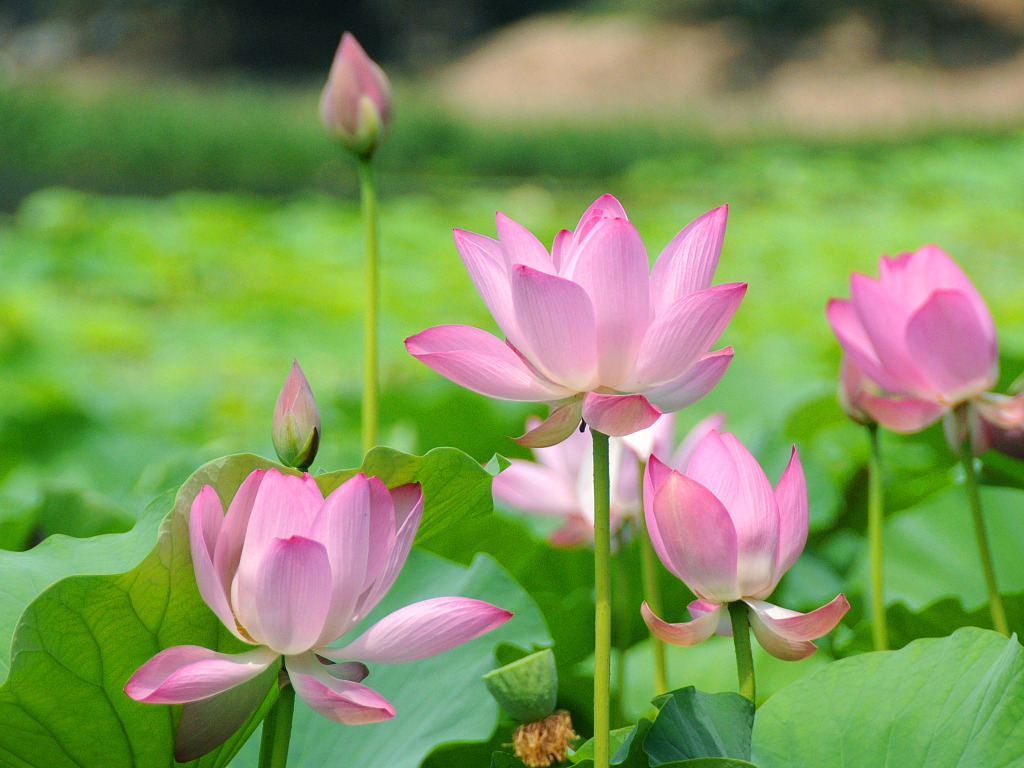 Lotuses in full blossom at Yuanmingyuan in Beijing on June 28, 2019. (Photo: VCG)

In 2018, the Institute of Botany at the Chinese Academy of Sciences conducted a cultivation experiment on eight of the lotus seeds. Six sprouted, grew leaves, took root and spent the winter in a greenhouse. One flower blossomed on Sunday after it was transplanted at the lotus base in Yuanmingyuan in April.

Researchers used a carbon-14 test to determine the age of the ancient lotus seed.

A Yuanmingyuan staff member explained why lotus seeds can sprout, take root and grow leaves after a hundred years underground. One is that the seeds were buried in peat soil, where the temperature is low, humidity is low and microorganisms are few, which doesn't offer conditions for sprouting. The other is that the hard shell outside a lotus seed prevents water and air from going in and out. So the lotus seeds were hibernating and their metabolism nearly stopped.