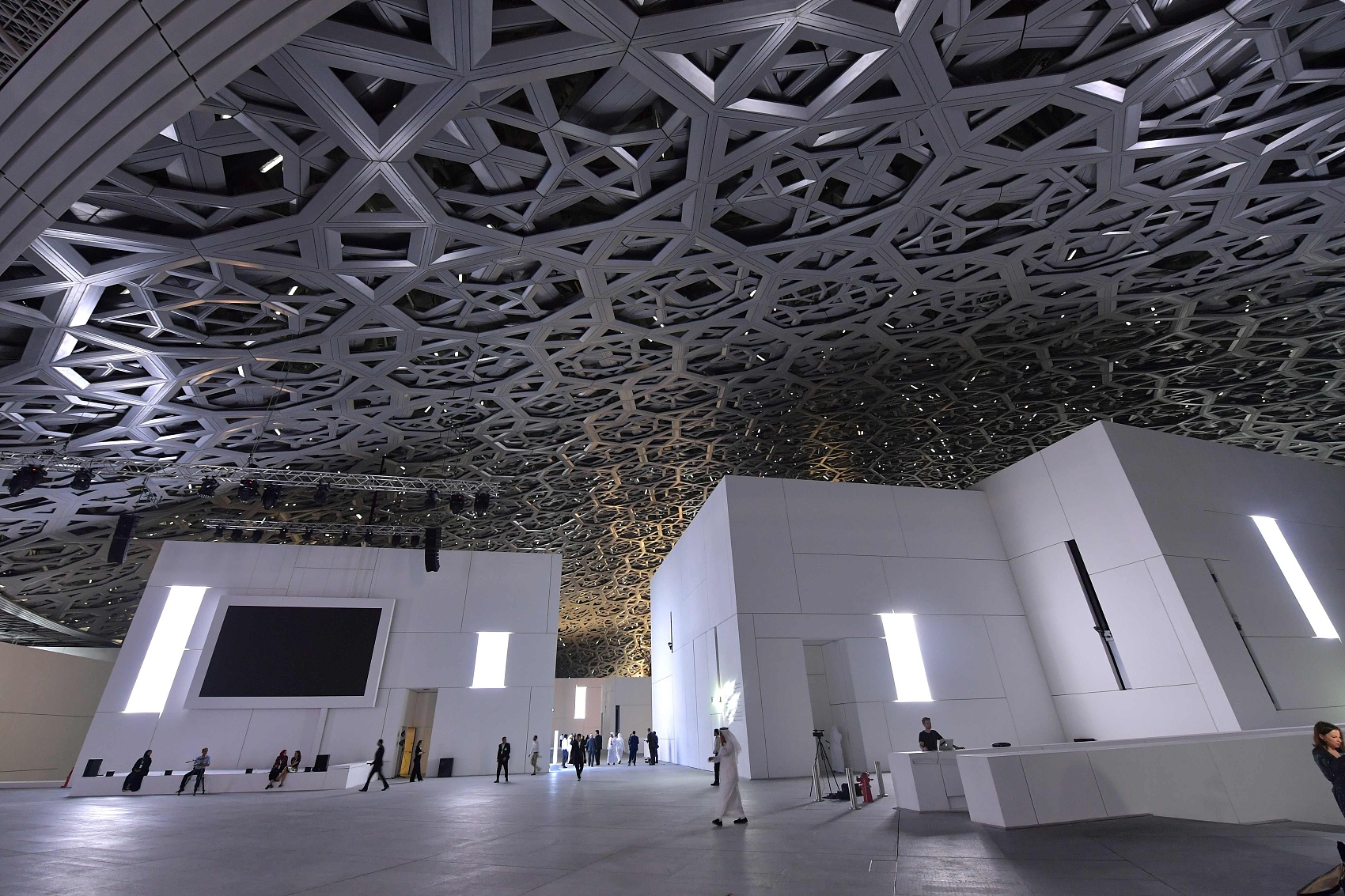 Louvre Abu Dhabi, the first museum to bear the Louvre name outside France, opened to public in Abu Dhabi on November 9, 2017. President of France Emanuel Macron, United Arab Emirates (UAE) Vice President and Prime Minister Sheikh Mohamed Bin Rashid Al-Maktoum and Abu Dhabi Crown Prince Sheikh Mohamed Bin Zayed Al-Nahyan inaugurated the Louvre Abu Dhabi on November 9, 2017. Also in attendance were King Mohammed VI of Morocco, King Hamad bin Isa Al Khalifa of Bahrain, President Mohammed Ashraf Ghani of Afghanistan, and a host of guests representing several brotherly and friendly countries. Designed by French architect Jean Nouvel, the Louvre Abu Dhabi is the first museum outside France which bears the name of the famous Louvre museum in Paris which opened in 1793 after the French Revolution. Located on Saadiyat Island at the Arabian Gulf's coastline, the iconic, Arabian-style dome of the museum covers a collection of 23 permanent galleries across 6,400 square meters where a total 600 works of arts are on display during the inaugural weeks. The government of oil-rich Abu Dhabi, home of seven percent of the world's known "black gold" reserves, loaned the name for 30 years and six months under a one-billion euro contract (1.159 billion US dollars) as part of the intergovernmental agreement between the United Arab Emirates (UAE) and France from 2007. Among the art work highlights are Vincent van Gogh's Self-Portrait, Auguste Rodin's Jean d'Aire and the sculpture Apollo Belvedere by Primatice.