CULTURE Love and passion brings together Chinese and African dancers

Love and passion brings together Chinese and African dancers 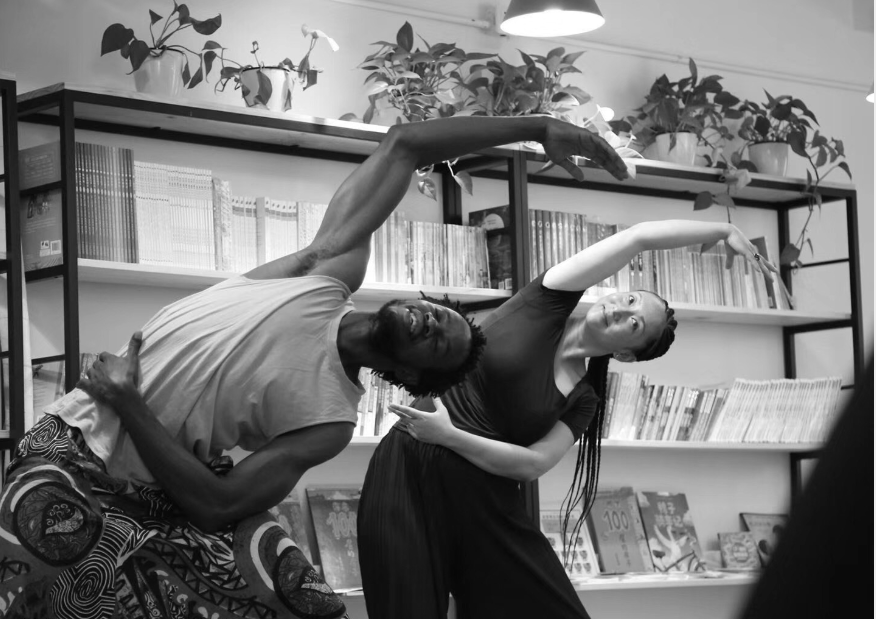 The couple at a workshop in Beijing. (Photo: CGTN)

In 2005, young Chinese dancer Jiang Keyu landed in Africa for the first time.

Freshly graduated from the Beijing Dance Academy, Jiang got the opportunity to help build Cameroon's National Dance Group. While recruiting dancers for the group, Jiang met Simon Abbe, a lead dancer for a well-known Cameroon hip-hop group, whom she later fell in love with.

Jiang was astonished by Abbe's dance talent. "The only word that came to my mind was genius, " Jiang recalled her first impression of Abbe after watching his performance.

The two soon discovered that they were deeply attracted to each other even though they could barely communicate. However, they managed to find a language that transcends culture, country and all other barriers: a shared passion for dancing.

"We used to say that the body never lies. It was a magical spark between souls."

Yet the relationship between the international couple faced many challenges.

Jiang had to leave Cameroon after the program ended, while Abbe left for France to start his own career.

"My father didn't speak to me for half a year. I was under a lot of pressure and felt no hope for our future," Jiang said.

Simon had even greater difficulties. He has striven to live on his own at a young age after his mother died. While in France, he worked hard to establish his own music band, conducting performance and concert tours.

In 2010, he spent almost all of his money to buy an air ticket to Beijing to see Jiang and her family.

Finally, the couple's bold and persistent efforts won over Jiang's parents. After years of struggling with time, space and cultural differences, they finally got married.

"He has a good heart and is very respectful toward the elderly," Jiang's mother said.

In 2008, Abbe founded his own dance group -- ABBE Dance -- in Cameroon. After marrying Jiang, the couple began to work together.

"Abbe Dance mainly worked on creating contemporary and African dance in the beginning. Starting from 2016, we began dance classes and programs for children and adults," said Jiang.

Through Abbe Dance's programs, the couple aims to promote African culture and build a bridge between China and Africa.

"We have a program called the Colors of Africa that gives greater visibility to African culture. We are conducting small performances where people can discover the music of a particular African country, the food, people, and its history," said Simon.

Jiang pointed out the root of passion and free spirit in African dances. "Through African drum and dance, we hope to pass down this spirit to our children and inspire them to be more confident," said Jiang.

Jiang and Simon recently had their first child, Yujian Abbe, last year. Now the couple lives in the suburbs of Beijing and is building up their dance careers together.

This year, they were invited to perform at the Forum on China-Africa Cooperation in September, where Abbe Dance is representing Central Africa in a national performance.

"We face so many challenges -- parents, our life, and others. However, if there is love, you can solve the problem, " Simon said firmly.