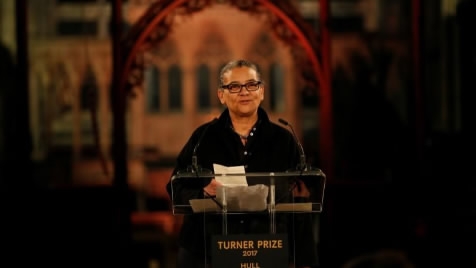 Lubaina Himid, a 63-year-old artist whose creations include dinner plates painted with vomiting aristocrats, became the oldest person ever to win Britain’s most prestigious art award – the Turner Prize – on Thursday.

Alex Farquharson, director of organizers Tate Britain, said in a statement that the judges praised Himid for her “uncompromising tackling of issues, including colonial history and how racism persists today." 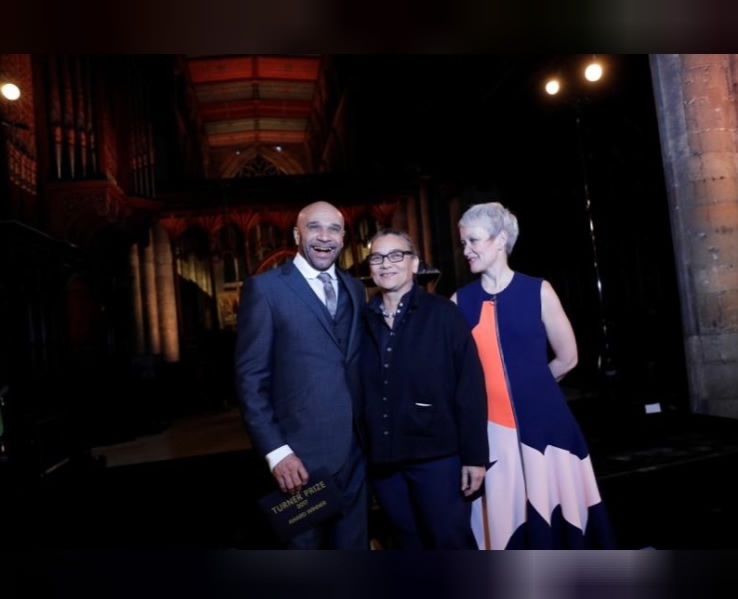 Artist Lubaina Himid(C) poses with DJ Goldie (L) and Tate Director Maria Balshaw after being announced as the winner of the Turner Prize in Hull, Britain, December 5, 2017. /Reuters Photo,

In the past, the prize has been viewed as a vehicle for younger artists, but a change in the rules moved in a new direction this year, with two nominees over 40 and the other two short-listed artists in their 50s and 60s.

The organizers have now scrapped a rule introduced in 1991 that required nominated artists to be under the age of 50.

The annual award for contemporary art was presented to Himid by electronic music star Goldie, in a televised ceremony held in Hull Minster church in the north eastern city of Hull. 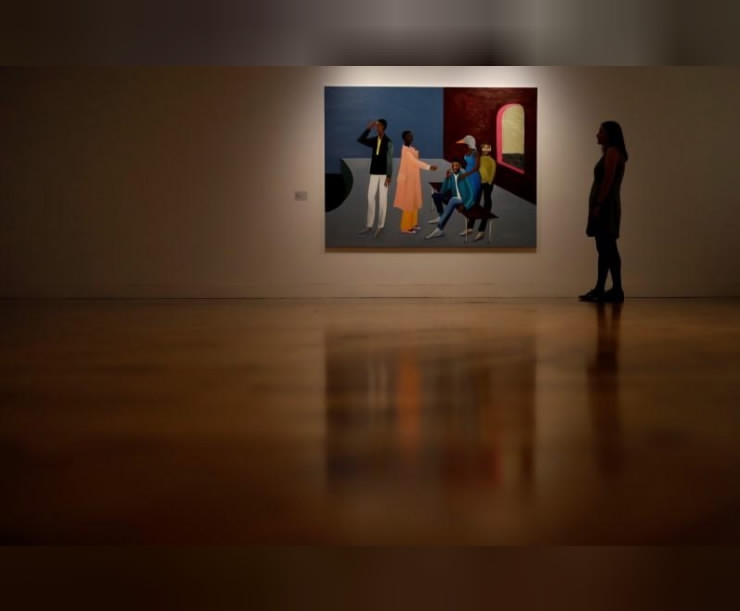 A gallery worker stands next to a painting by Turner prize nominee Lubaina Himid at the press preview for the 2017 Turner Prize at Ferens Art Gallery in Hull, Britain, September 25, 2017. /Reuters Photo,

Founded in 1984 and named after English 19th century landscape painter J.M.W. Turner, the prize is the UK’s most high-profile visual arts award. During the 1990s, it helped to launch the careers of some of the stars of the Young British Artists movement such as Damien Hirst and Tracey Emin.

An exhibition in Hull’s Ferens Gallery showcasing the nominees work, which organizers said has been visited by over 90,000 people since opening in September, runs until January 7.