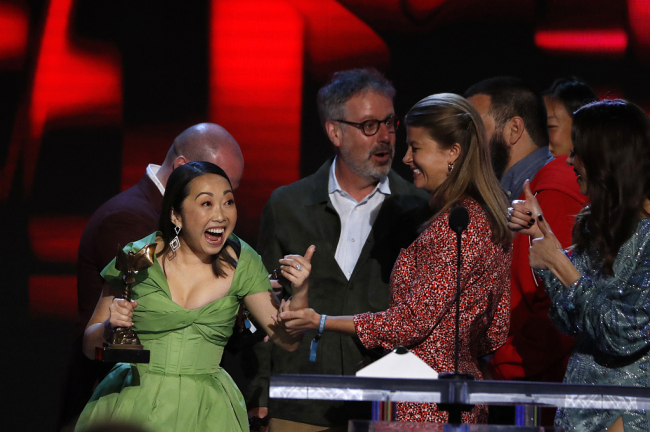 Lulu Wang's movie,The Farewell, won two awards including Best Film at the Independent Spirit Awards, on February 8, 2020. The Farewellwas written and directed by Wang, stars Awkwafina and Zhao Shuzhen, and was released on July 12, 2019 in the United States. The film tells the story of a Chinese American woman who returned to China upon learning that her grandmother had been diagnosed with terminal cancer.

Lulu Wang is a Chinese American film director, writer and producer. She is best known for writing and directing Posthumous and The Farewell.

"There's been a lot of conversation this year about how to encourage more women in film," Wang continued, "There are lots of women making films and in film school. Shadow programmes are great but women need the job. Give us the money, you know, because in America, unfortunately we're not going to make a lifelong career making arthouse films supported by government funding.”

Earlier in the evening, Wang had collected an award on behalf of Zhao Shuzhen, who was awarded the Best Supporting Actress.