Lychee tree: A valuable part of the urban natural ecosystem 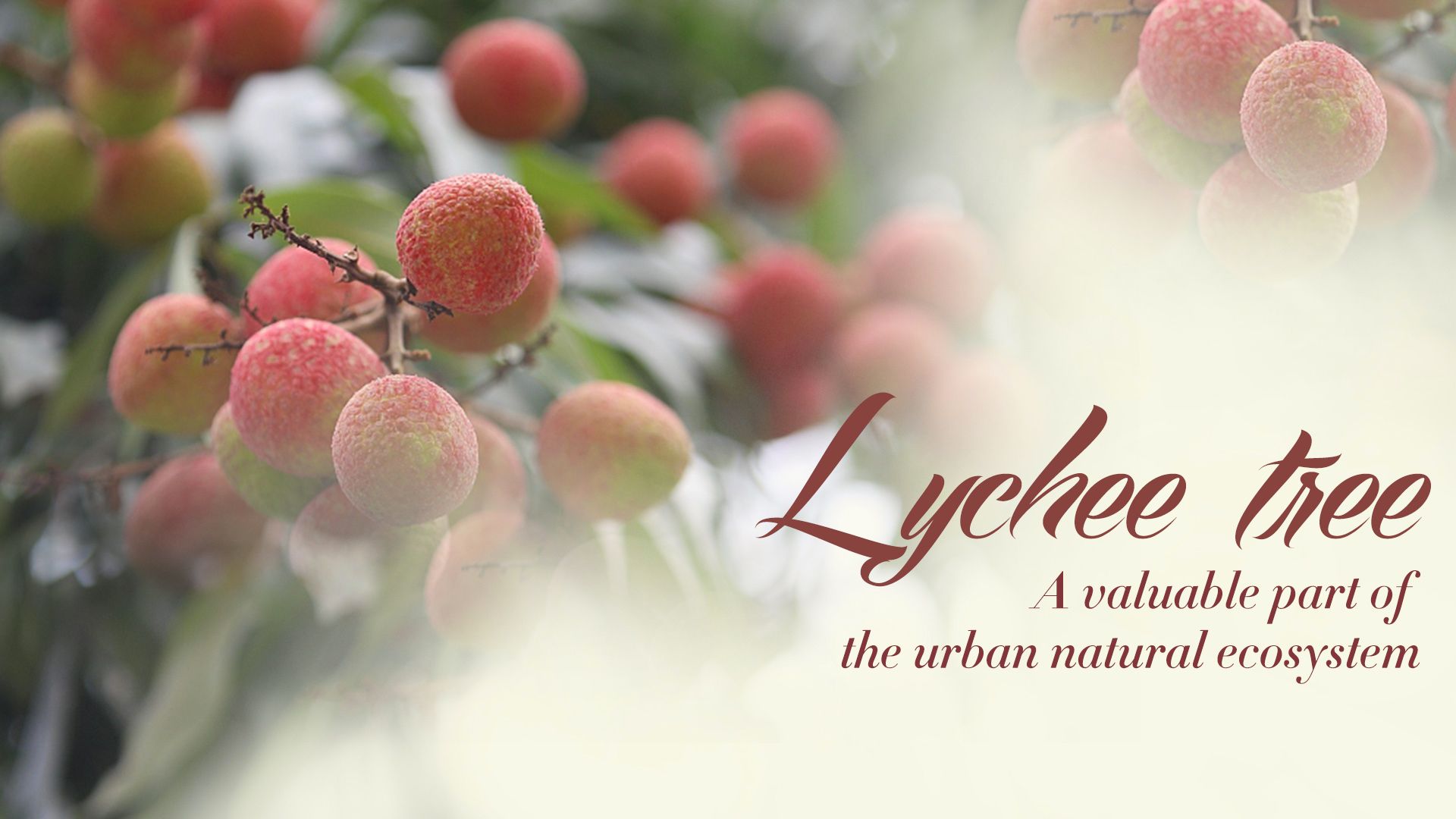 As a poem goes, "Bees and butterflies attracted, the fragrance across the river bank could be smelled." If you follow the trace of the fragrance, you will come to my home – Xiangmi Park, a green space in Futian, Shenzhen. I am a lychee tree, enjoying sunshine and rainfall with countless other plants here.

The city's natural ecosystem is a vital part of the city's Parent System (also called Coupled Urban Ecosystem). It provides important safeguards for the city's social subsystems and economic subsystems. Every piece of grass, parterre, pond and bush contributes to the natural capital of the city, like a cell of a body, playing an important role for the whole in various times and places.

When the sun shines high, we are part of the cityscape, meeting the citizens' needs for appreciation, leisure and culture. When there is rain storm or typhoon, we become the city's bodyguard, containing rainfall and alleviating waterlogging. Actually, our work entails much more.

We sequester carbon to reduce greenhouse gas emissions. Through evapotranspiration, we can lower the temperature, and relieve the heat-island effect. We can also release oxygen and negative ions, trap dust and purify the urban living environment. What's more, we are also useful in reservation of water sources, water and soil conservation, biodiversity conservation, and others.

If you regard us as only plants or beautiful scenery, our value is completely underestimated. We are the root and guarantee for the city system to operate safely. Without the eco-spaces we provide, people will need additional equipment and infrastructure. For example, they may use a large quantity of air conditioners to lower the temperature. In Shenzhen, the total amount of money that the green spaces have saved is nearly 500 billion yuan (74.24 billion US dollars), which is more than 23 times the actual cost. In other words, the GEP (Gross Ecosystem Product) of Shenzhen is nearly 500 billion yuan!

Like skyscrapers and buildings, ecological resources are also an important asset of the city. While people concentrate on GDP, they should also pay more attention to GEP. As a Chinese saying goes, "good ecological environment itself is valuable wealth." Take a look at the grass and flowers around you now, as they are not only beautiful, but also valuable!