BUDAPEST, April 28 (Xinhua) - China's Ma Long claimed his third straight men's singles title at the World Table Tennis Championships here on Sunday, becoming the first man in over half a century to do so. 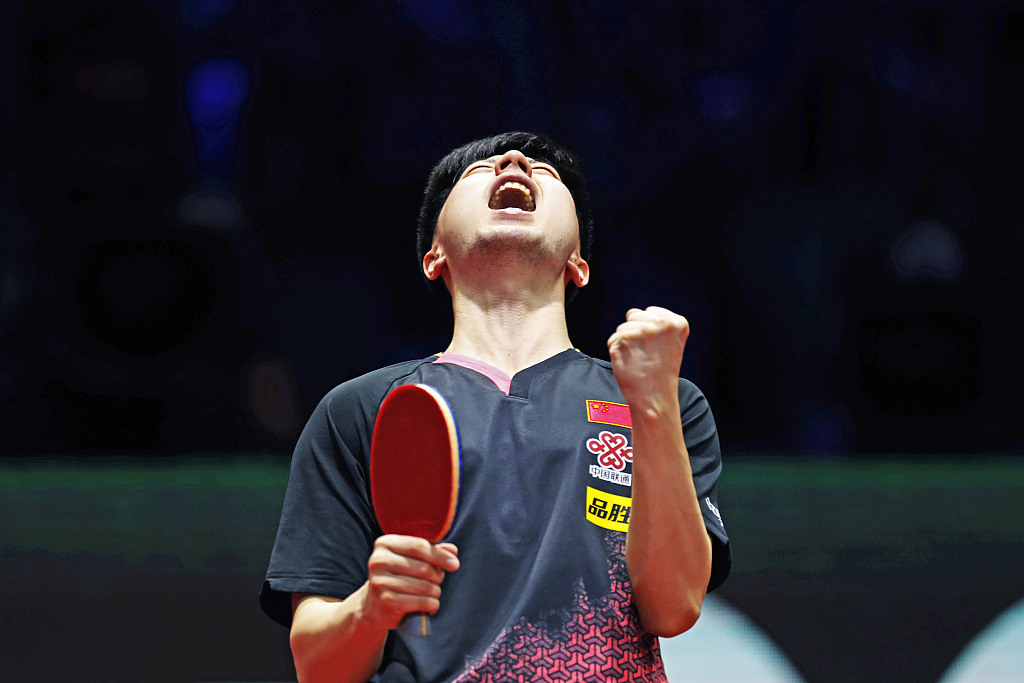 Ma is only the third man in history to have claimed three or more consecutive singles crowns, a feat that had not been achieved since compatriot Zhuang Zedong won the 1961, 1963 and 1965 editions of the biannual tournament.

Hungary's Viktor Barna won four consecutive titles in the 1930s, when the world championships were held every year.

Ma had to be at his best to beat Falck, who plays a unique game with pimpled rubber on forehand and is coached by 1991 world champion Jorgen Persson.

"This was a really difficult final," Ma said.

Liu Guoliang, president of the Chinese Table Tennis Association and formerly a redoubtable player in his own right, hailed Ma's mental strength and consistent play.

"Ma Long is coming closer to being the greatest player in history," said Liu. "His mind and skills are unbelievable."

Falck was the first Swede to reach the men's final since Jan-Ove Waldner claimed his second singles gold at the 1997 worlds.

"Falck came from a country with rich table tennis tradition which understands the Chinese way of pimpled rubber and fast attacking," said Liu.

"The final was China against Europe, but what's interesting is that Ma uses a more European style and Falck plays in a more Chinese style," said Liu's elder brother Guodong, head coach of the Hong Kong team.

Falck had troubled Ma in the third set and led 7-3 in the fourth, before Ma pegged him back to 11-9.

Ma punched the air after his victory, appearing calmer than in his first post-final celebration in 2015, when he jumped on the table and posed like a king.

"I represent more than myself," said the three-time champion. "I represent the Chinese team and China."

Ma Long had earlier claimed the men's doubles title with Wang Chuqin. Liu Shiwen had won the women's singles and the mixed doubles for China.

China and Japan are battling for the women's doubles gold at the last final in Budapest.