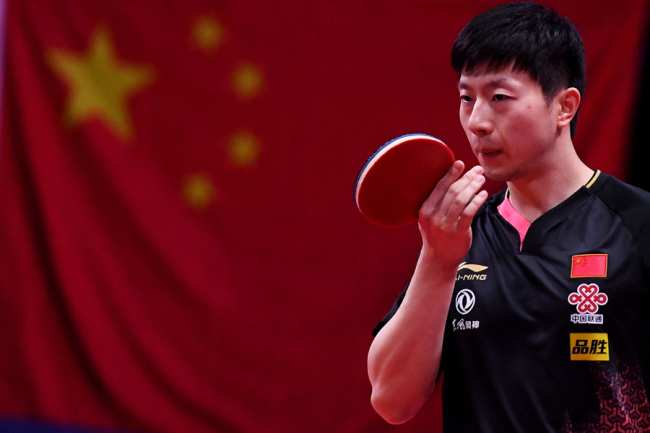 Ma Long of China in action in the Men's Singles Quarterfinals match against Lin Gaoyuan of China during the ITTF World Tour Australia Open 2019 in Geelong, Australia, 13 July 2019. (Photo: IC)

The International Table Tennis Federation (ITTF) on Monday released the players list for the ITTF Team World Cup that will happen in Tokyo between November 6 and 10. Ma Long and Ding Ning will lead the Chinese men's and women's team, respectively.

The 2019 edition of the event will be the seventh Team World Cup for Ma. He was a key member of China in the past six tournaments and made vital contributions to the team's all six triumphs. Though he has not played since the 4-2 loss to Chinese Taipei's Lin Yun-Ju at the T2 Diamond Malaysia in July, the national entrusted the franchise with Ma to go for its eighth straight championship at the Team World Cup.

Ma already has 23 world titles under his name, trailing world's No. 1, Wang Nan from China by only one trophy. Besides the coming Team World Cup, Ma will also participate in the ITTF Men's World Cup that will begin on November 29 in southwest China city Chengdu. If things go well, Ma can surpass Wang by the end of 2019.

As for the women's team, 29-year-old veteran Ding Ning will lead the franchise. In her seventh team World Cup tour, she will lead the team to chase for the ninth consecutive championship. Ding has so far won 19 world titles in her career and that number will grow if her teammates – Liu Shiwen, Chen Meng, Wang Manyu and Sun Yingsha – deliver their best performances in Tokyo.

As one of China's biggest opponents in the tournament, Japan have its best players ready to contend championships at home. Its men's team has Tomokazu Harimoto, Koki Niwa, Jun Mizutani, Maharu Yoshimura and Takuya Jin. The women's team, though it only has four players, Mima Ito, Kasumi Ishikawa, Miu Hirano and Hitomi Sato, still makes a competitive squad.