His ratings may be down, but snow globes containing pictures of French President Emmanuel Macron are flying off the shelves in Paris - bought both by fans and by those who want to give a tongue-in-cheek present. 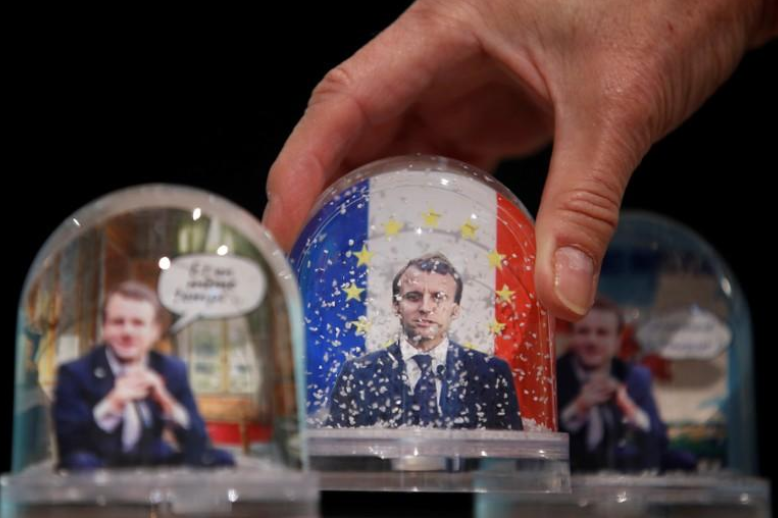 While it is common in Britain to find mugs or boxes of biscuits bearing the image of the Queen, it has never been a tradition in France to market souvenirs depicting national leaders.

“We felt that for once there was a French president we could do this with, like other countries have done with the Queen, the Pope or (ex-U.S. President Barack) Obama,” said 61-year-old Maryse Bazzoli. “Macron is quite unconventional.”

She and her business partner have designed snow globes showing him sitting in his Elysee office or in front of the French flag.

With no official approval from the Elysee Palace, they have sold hundreds in a month in their souvenir shops, outselling their traditional Eiffel Tower globes and leaving the small firm which manufactures them racing to keep up with demand.

“They’re bought by fans who say they absolutely want them on their desk, and people who laugh and say: I know exactly who I’ll buy it for, it will really annoy them,” said Bazzoli. “He sells well.”

Opinion polls show the 39-year-old Macron’s popularity plummeting since he came to power, not only because of discontent with his labor and welfare policies but also with his “Jupiterian” presidential style - remote and grand.

Some 57 percent of voters are unhappy with Macron’s first six months in power, a BVA survey showed on Thursday.