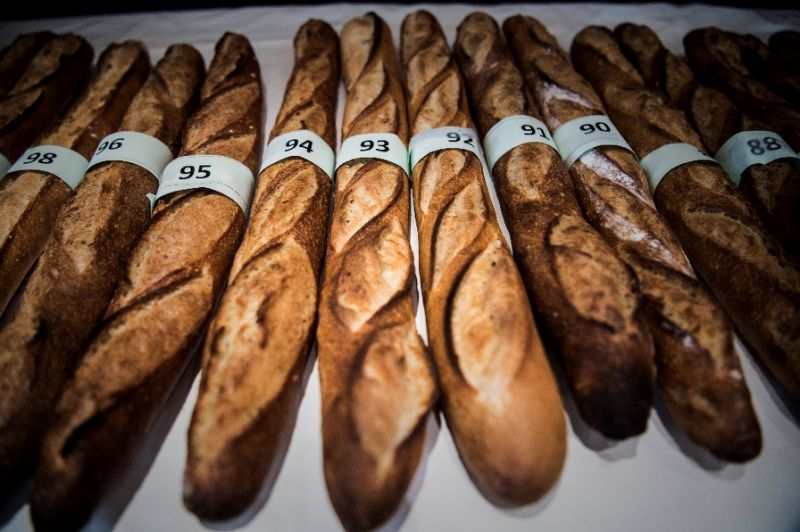 French bakers are pushing for the traditional baguette to join UNESCO's list of "intangible heritage" on January 12, 2018. Photo: AFP

President Emmanuel Macron on Friday joined calls by bakers for France's traditional baguette to be recognised as one of the world's cultural treasures on UNESCO's list of "intangible heritage."

The call came after the art of Naples' dough-twirling pizza makers was given the nod by the UN cultural body's World Heritage Committee in December.

"The baguette is envied around the world. We must preserve its excellence and our expertise, and it is for this reason that it should be heritage-listed," Macron told a group of master bakers at the Elysee presidential palace in Paris.

Dominique Anract, the head of the national confederation of baking and pastry, earlier said the "marvellous" baguette, made of flour, water, salt and yeast, should "have its rightful place" in world heritage.

Along with the Eiffel tower, the baguette is one of the main symbols of France, Anract told a local radio station.

"The baguette is part of daily life in France and the bread has a special history," Macron said.

"It's a morning, midday and evening tradition for the French.

"I know our bakrs, they saw the Neapolitans succeed in getting their pizza classified under UNESCO world heritage, and they said why not the baguette -- and they're right!"