CULTURE Mahjong, the game with roots in China is gaining fans worldwide

Mahjong, the game with roots in China is gaining fans worldwide 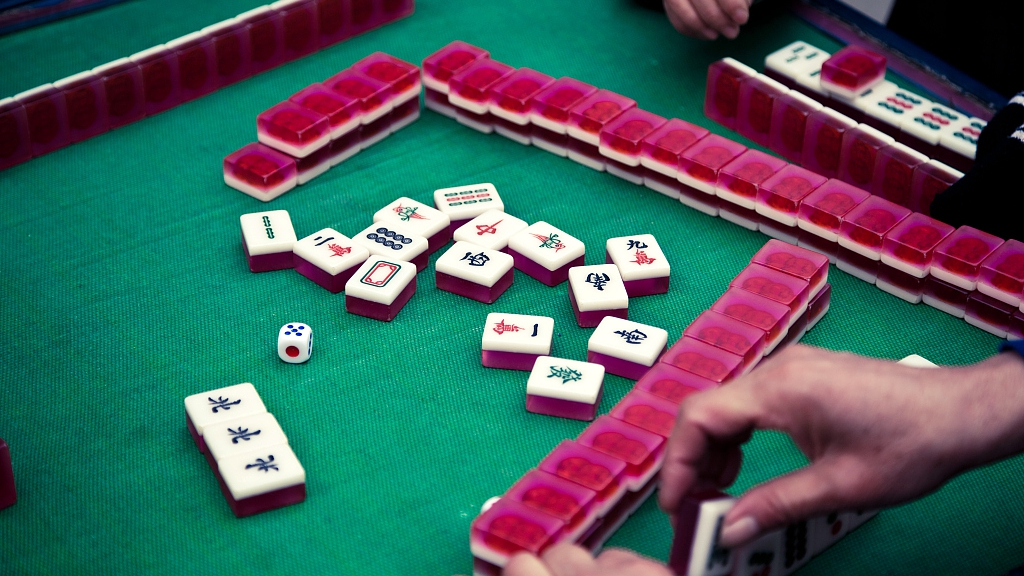 The strategy game with roots in China has been gaining fans around the world. In New York City, it is seeing a revival among Jewish American women, while drawing competitive players to national tournaments.

For many Americans, mahjong is a Chinese strategy game they know best from movies like, "The Joy Luck Club," which uses the game to transport viewers to a bygone era, or "Crazy Rich Asians," which uses it to bring out a plot twist. But while this game of strategy has its roots in the East, it has taken on new life in the West, and in the most unexpected places.

In New York City, it has, for decades, been a popular pastime among the Jewish American community, including the ladies who lunch at the Manhattan Mah Jongg Club. Many of them have been playing for years.

"Really since I was in my 20s, and then I stopped when I had children," said club member Stephanie Fleckner. "And then when they got older, I started playing mahjong again."

"I love playing, and I play once a week," said fellow member Peggy Taylor. "I get to have fun, I get to be with other people, and I enjoy it."

The Manhattan Mah Jongg Club meets once a week for "Mah Jongg Mondays" at Sarabeth's Park Avenue restaurant, complete with beverages and a buffet. It is run by New Yorker Linda Feinstein, who has noticed a recent revival in interest.

"Oh my gosh. It really wanted in the '60s, '70s. Women's lives changed. They went to work. They didn't stay home and play mahjong. But all of a sudden everybody was interested in learning how to play their mother's game."

However, their mother's mahjong is not exactly the same as the Chinese mahjong. The game has evolved since it was first brought from China to the United States in the 1920s.

Not only is the American variant spelled "mah jongg," it also plays by different rules set by the National Mah Jongg League, using a card with multiple combinations of play. The American version also has more tiles, including Jokers.

"You play with only 144 tiles," said Feinstein about the traditional Chinese version. "They're much thicker, so they stand up by themselves. We have a rack that we put them on, like if you play Scrabble."

American mahjong is not the only variant of the original Chinese game played in the US. Another popular version is based on Japanese Riichi rules, and played in tournaments like the North American Open, hosted by the US Professional Mahjong League.

"Japanese mahjong focuses a lot more on the idea of defensive play, the idea that you want to defend yourself," explained David Bresnick, president of the US Professional Mahjong League. "You want to not give others what they need and see if you can work your way towards victory while also staying out of danger."

"Chinese mahjong I'd say is very fast-paced, very aggressive," added Bresnick. "You're grabbing tiles and trying to sneak in your victory before anyone else can get there, and you're really always pushing to get to the win."

"American mahjong is very much about diversity. You have this card of hands, and the card changes every six months, and you get a new one, and you're trying to collect the tiles you need."

Despite the differences, players agree that these versions all have one thing in common – they are a testament to the longevity and timelessness of the game.