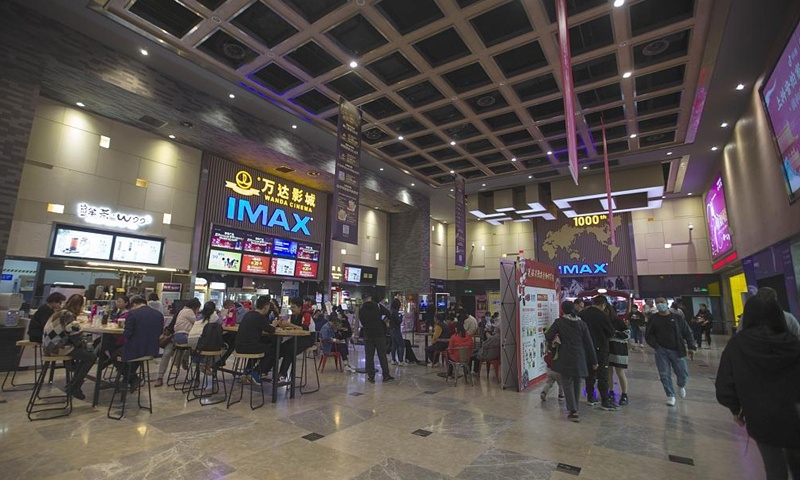 Following the success of box office performance during China's National Day holidays, eight films have announced dates for the 2021 Spring Festival. Film industry insiders are optimistic that the Spring Festival box office will mark another return for the Chinese film market as long as the COVID-19 epidemic remains under control.

During the National Day holidays from October 1 to 8, the Chinese mainland box office raked in an impressive 3.95 billion yuan ($586 million) - the second-highest earnings for the period in the history of the market.

Film critics are now predicting that the box office for the upcoming Spring Festival holidays, another major holiday blockbuster period for films in China, may even outperform that of the National Day holidays to match the pre-pandemic box office of the 2019 Spring Festival if the epidemic remains under control at that time.

With the revitalization of the box office, studios have decided to leap at the chance to complete during the upcoming holiday. Over the past few days, several Chinese studios have announced holiday release dates for their films, such as Detective Chinatown 3, which was originally scheduled for the 2020 Spring Festival but was unable to show after theaters were shut down right as the holiday began.

The official Sina Weibo account for the film on Friday uploaded a new trailer that revealed it would hit mainland theaters on February 12, the first day of the Spring Festival holidays. The trailer was hailed by Chinese netizens, with the hashtag for the film's comeback earning more than 560 million views on the social media as of Tuesday afternoon.

Detective Chinatown 3 is the third film in the much-loved comedy/detective franchise directed by Chen Sicheng and starring Wang Baoqiang and Liu Haoran. This time the detective team arrives in Tokyo after solving difficult cases in Bangkok and New York.

The film is seen as one of the most competitive films in line to become the holiday's box-office champion.

"Its box office is expected to surpass 3 billion yuan," Shi Wenxue, a film critic and teacher at the Beijing Film Academy, told the Global Times on Tuesday.

The production company of the movie didn't choose to release it once theaters reopened, but insisted in joining the Spring Festival battle.

"It is a response to the film's positioning and box-office expectations. It was created for the Spring Festival," Shi said.

Besides Detective Chinatown 3, Shi speculated that the holiday box office of another film, The Rescue, would reach around 1.5 billion yuan.

The Rescue is a new work by Dante Lam, who directed the hit action films Operation Red Sea and Operation Mekong. The film is the first Chinese film focusing on maritime rescue, according to a press release from Tencent Pictures, one of the studios behind the film.

Based on a true story, the film will focus heavily on action and thrilling rescue scenes which were filmed without the use of stunt doubles.

The genres of films heading to the Spring Festival are varied. Apart from comedy and action, fantasy and animated films will also vie for the attention of moviegoers across a span of demographics.

New Gods: Nezha Reborn, an animated film that portrays a modern twist on the mythological Chinese character Ne Zha, will also hit theaters during the Spring Festival holidays. Whether this film from Light Chaser Animation can match or surpass the success of the animated 2019 blockbuster Ne Zha, currently the second-highest earning film in China, remains to be seen, however.