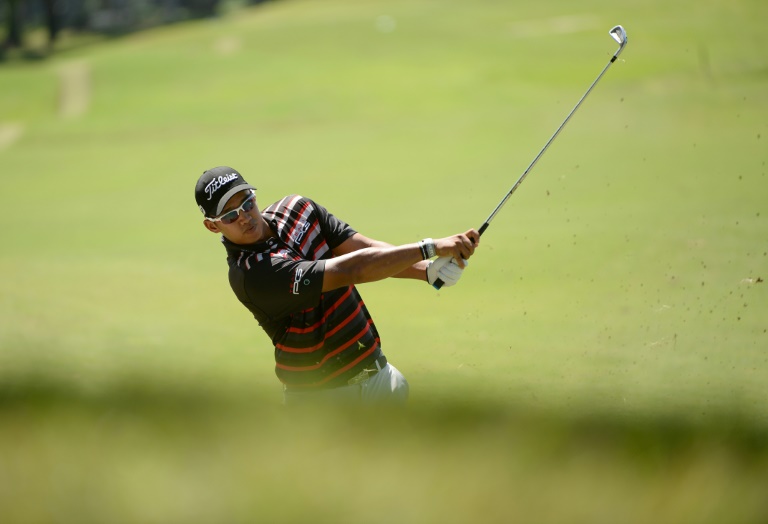 Arie Irawan of Malaysia, shown in this handout photo taken and released by the World Sport Group on January 16, 2015, died in his sleep, according to a coroner's report. (Photo: AFP)

Malaysian golfer Arie Irawan died suddenly in his sleep of natural causes without any drugs or toxins in his system, the PGA Tour Series-China said on Wednesday, citing Chinese investigations.

The announcement came as friends and family held a service for the 28-year-old in Kuala Lumpur on Wednesday, hours after his body was flown in from Sanya, where he died on Sunday.

Irawan, who had missed the cut at the Sanya Championship, was found unresponsive by his room-mate on Sunday morning and could not be revived.

At the request of the family, who wanted Irawan's body returned for Muslim rites, no autopsy was performed, but a toxicology test came back clear, the PGA Tour Series-China said.

"The police and coroner’s final report stated that Irawan’s death was a sudden death from natural causes in his sleep at the hotel," the tour said in a statement.

Irawan spent his final evening with friends, having dinner and playing video games, the statement said. He was found by his room-mate, Thailand's Kevin Techakanokboon, and fellow player Shotaro Ban attempted CPR before medical officials arrived.

"This has been a terrible tragedy that affects everybody associated with PGA Tour Series-China," said Greg Carlson, the tour's executive director.

"We had great affinity for Arie, and we will profoundly miss him. We feel for his family and wish them only the best as they grieve in the coming days and weeks."

Players will hold a minute's silence before this week's Haikou Championship, and will wear 'ARIE' stickers as tributes throughout the tournament.