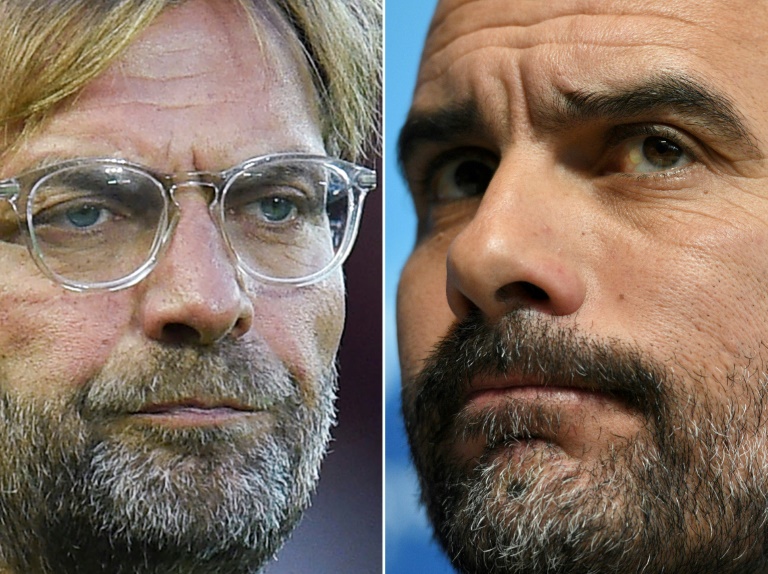 Liverpool will have to make Premier League history on Sunday if they are to overhaul leaders Manchester City and end their 29-year title drought on a dramatic final day of a thrilling title race.

It is the eighth duel for the Premier League crown to go down to the last round of fixtures, but Liverpool would be the first team to move above the leaders on the final day if Jurgen Klopp's men get their hands on the trophy.

Pep Guardiola's City are firm favourites to retain the title as they travel to lowly Brighton with a one-point lead over second placed Liverpool, who face Wolves at Anfield.

The last team to start the final day in first place and not win the title were Liverpool in 1989, when Arsenal's 2-0 win at Anfield clinched the old First Division.

Whoever gets their hands on the silverware will have earned it the hard way after phenomenal campaigns from both clubs.

City, on 95 points, have won their past 13 Premier League matches to wipe out a seven-point lead for Liverpool and are on the brink of becoming the first team to win successive titles since Manchester United in 2009.

Klopp's men, with 94 points, have recovered from a mid-season stumble to record eight straight victories and are agonisingly close to their first English top-flight title since 1990.

The 18-time league winners face the scarcely credible scenario of ending the season with the third-highest points tally in Premier League history and a single defeat yet still missing out on the title.

City look almost certain to finish off the job on the south coast and Guardiola admits he has so much faith in his players that he might not even give a pre-match team-talk at the Amex Stadium.

"I don't have to say anything to motivate them. I think my speech on Sunday will be zero," he said.

"We saw in the Champions League in the last week why this game is amazing. But we want to win. So we are going to go out there at Brighton to try to win the game."

City cannot quite match the record 100 points they mustered last season but they have shown their ability to dig deep in recent weeks.

Guardiola's side have been free-scoring for the majority of the campaign, racking up 91 goals, but three of their past four wins have been 1-0 victories.

A second consecutive title for the club, who remain on course for a historic domestic treble, would underline their status as the dominant force in the English game.

Klopp will have to re-focus his players' minds on their clash with Wolves at Anfield after their Champions League semi-final heroics against Barcelona as they cling to the hope that City will slip up.

"We think about Wolves now," said Klopp, who has not won a major trophy since 2012.

"It was for sure one of the best moments in football history, not only Liverpool. But it has nothing to do with the weekend except that we should be confident."

The Liverpool narrative has changed dramatically since they overturned a 3-0 first-leg deficit against the Spanish champions to reach the Champions League final 4-3 on aggregate on Tuesday.

They now know that even if they fall short they have the chance to become champions of Europe for a sixth time if they can get past Tottenham in Madrid on June 1.

The Anfield faithful are desperate to see their team at the top of the domestic tree again, but regardless of whether Liverpool finish the weekend on top, Klopp insists he is happy with his team's progress.

"Sunday is our last Premier League game. If we can win it, it's not in our hands what we get, but it doesn't make our season a little bit less good. It's just a different finish," he said.

Behind the runaway front two, all the issues in the Premier League are virtually done and dusted.

Barring a spectacular swing in goal difference, Tottenham will finish above Arsenal and mathematically seal the remaining Champions League spot alongside Chelsea, while the highest Manchester United can finish is fifth.

Wolves, in seventh place, cannot be caught and will earn a Europa League spot provided Watford do not beat City in the FA Cup final.