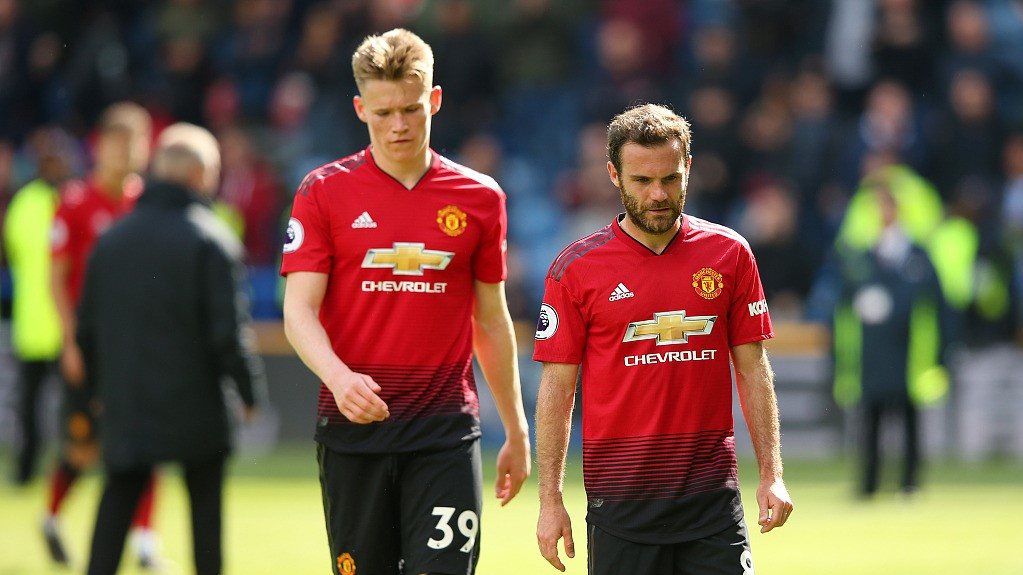 The 1-1 tie against Huddersfield Town A.F.C. at UK's Kirklees Stadium on Sunday not only dashed Manchester United's last hope for the UEFA Champions League next season but also had a bigger impact on the club's future plans.

For instance, the Red Devils may not be able to play their 2019 China Game because of schedule clash.

Currently Man United, ranked No. 6 on the table, are finding it difficult to catch up with No. 5 Arsenal, which are one point and 10 goals ahead of the Red Devils.

The Premier League can have three teams for the UEFA Europa League next season and at least one of them will have to go through qualifiers.

Usually it's the No. 5 and the title winners of the FA Cup and the English Football League Cup (EFL) Cup that play the Europa League. Since Manchester City have already won the EFL Cup, they are qualified for the Champions League next season and this will benefit the No. 6 team of the Premier League.

The problem is that Man City are also in the FA Cup final and the result of this game will decide which team enters the Europa League without playing the qualifiers. Man City's opponent in the final are Watford F.C., which currently rank No. 10 in the Premier League. This means that winning the FA Cup is the only way for Watford to enter the Europa League and if they defeat Man City while Man United are still No. 6 on the table, the Red Devils will have to play qualifiers for the Europa League.

The first leg of the qualifiers will happen on July 25 when Man United are supposed to play against Tottenham Hotspur in the 2019 China Game in Shanghai. If they have to play the qualifiers, Man United will have to alter the date of the China Game, disrupting their off-season plan.

But this is not the only problem facing Man United after this disappointing season. The moment they missed the Champions League, the club kissed goodbye to 87.5 million pounds (about 114 million US dollars) of income.

But there are individual losses too and Paul Pogba is losing the most. Pogba won't be receiving the Champions League entering bonus worth 1.87 million pounds (about 2.44 million US dollars), his image right money, which is about 255,000 pounds (about 330,000 US dollars), will be gone too.

Other players of Man United will receive up to 25 percent pay cut to their current salaries. It's hard to imagine if they would be accepting it but it's even harder to assume that the club will be willing to give them new contracts to offset players' losses, not to forget that the club has been contemplating a franchise clean up for months.

What's easy to understand is that the Red Devils will be having a very uncomfortable summer ahead, from  management to players.