Manga arrives at the British Museum

London's British Museum is hosting a manga exhibition that delves into the history of the artform, how it emerged in Japan and how it went on to become a global cultural phenomenon.

The name manga translates as "pictures run riot". Its art is done in the form of comic books or graphic novels which have been popular in Japan for over 200 years, and are now a multi-billion-dollar industry.

"Japanese manga has been translated into all languages all around the world and what that means is we can engage with the story," Tim Clark, curator and head of the Japanese section in the department of Asia at the British Museum, told China Daily.

"It's the pictures that grab our attention but then it's the story that keeps us reading and turning the pages. It's the power of the story telling, it creates a world for us, just between us and the manga book." 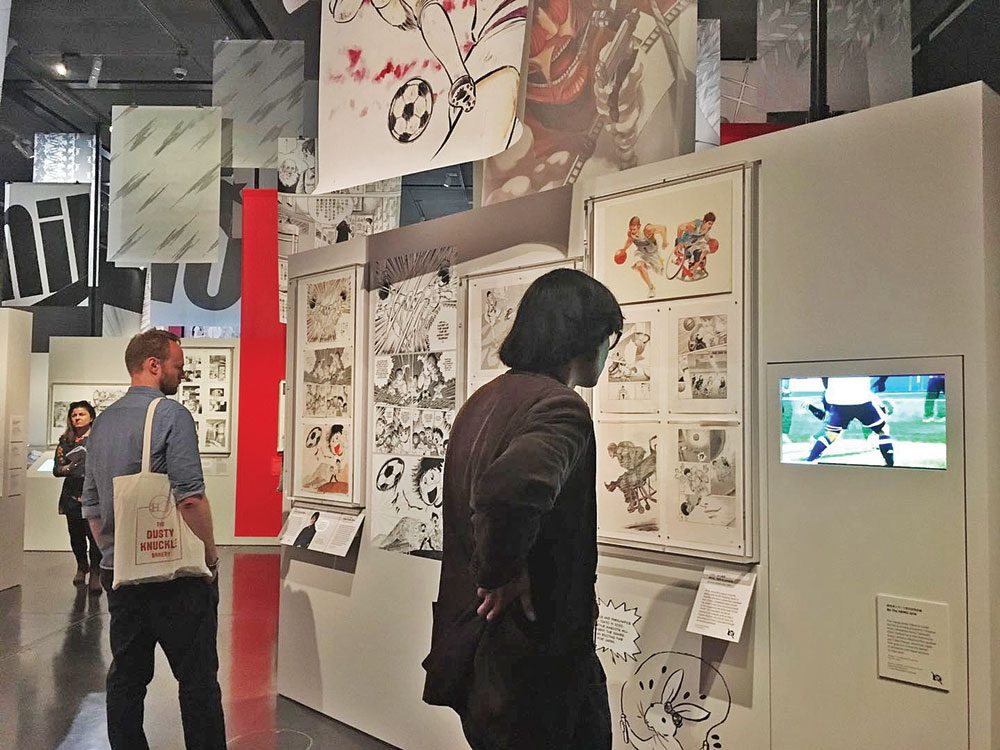 Held in the Sainsbury Exhibition Galleries, the Manga exhibition weaves the graphic novels' historical roots into a series of connected themes, from understanding how to read manga to the world of publishing, exploring storytelling and manga's role in society and its growing international reach and cultural influence.

Anime, gaming and manga fandom which grew out of the original art form are hugely popular in Japan and internationally, and Clark explained that one of the exhibition's messages is that manga is for everyone.

"When you come to the exhibition, explore all of the different subjects; sports manga, horror, Sci-fi, love, history and some very difficult stories about disasters, for instance," he said. "It's about the emotional engagement and setting up a close relationship between what the manga artist has created and you the reader."

The British Museum itself has also starred in a manga, which features in the exhibition. Professor Munakata's British Museum Adventure by Hoshino Yukinobu is a mystery inspired by the objects of the museum.

Visitors can also view the Shintomiza Kabuki Theatre Curtain, a 17-meter long painting decorated with demons and ghosts created in 1880 by Japanese artist Kawanabe Kyosai. The museum said that due to the delicate nature of the painting, it will be the last time it will travel outside of Japan. Although Kyosai was not actually a manga artist, Clark said he helped create modern manga.