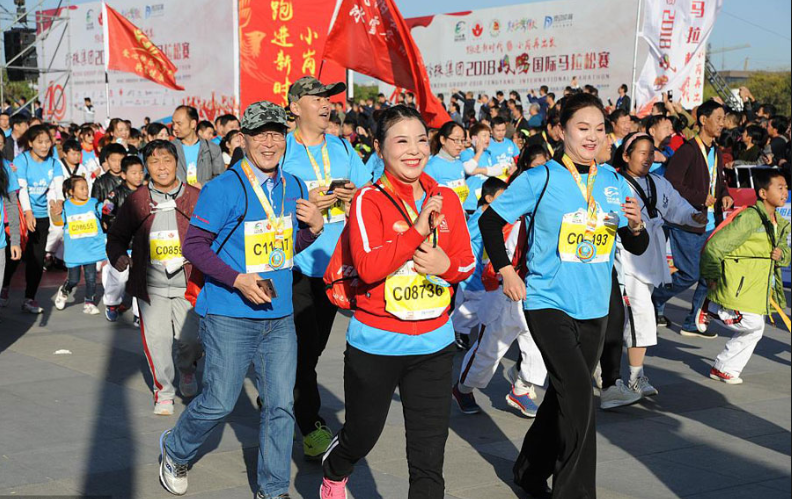 HEFEI, Oct. 28 (Xinhua) -- Geoffrey Kipkoech Kirui of Kenya triumphed at the Fengyang International Marathon in Fengyang, a county that served as the cradle of China's rural reform in Anhui Province.

The Fengyang International Marathon attracted over 15,200 runners both from China and abroad.

All runners started at Fengyang People's Square ran past the Bell Tower, along the Reform Avenue, and finally reached the Da Baogan Commemorative Museum of Xiaogang Village.

Back in December 1978, 18 villagers in Xiaogang agreed on a secret pact to break the egalitarian agricultural system by signing a land contract. The family land contract responsibility system that derived from Xiaogang was spread nationwide by 1984, when China's per-capita grain level reached 400 kilograms, solving the country's food problem and making the village a model for China's agricultural reform.