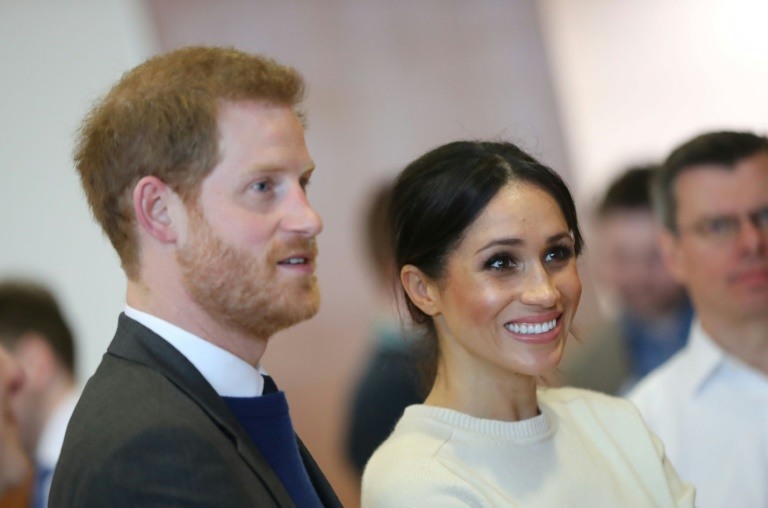 Prince Harry and Meghan Markle will be a royal 'power couple' (Photo: AFP)

Prince Harry and Meghan Markle are set to become an activist power couple who will redefine the British monarchy for a new generation, her biographer Andrew Morton told AFP.

The US actress will be part of a "Fab Four" younger generation at the heart of the royal family, and has her own ideas for transforming the institution, said Morton.

Harry, fifth in line to the throne, and Markle, 36, are due to marry at Windsor Castle on May 19.

"Meghan and Harry are going to be a power couple. Together they can make more change," said British royal writer Morton, whose unauthorised biography, "Meghan: A Hollywood Princess", is out this month.

"You're going to see them as far more activists than perhaps previous royal couples," said Morton, who spoke to dozens of royal officials, friends and family of the couple for the book.

He predicts that while Harry's brother Prince William -- next in line to the throne after their father Prince Charles -- and his wife Kate will be the domestic face of the monarchy, Harry and Markle will spend more time representing the monarchy in the Commonwealth, especially Africa.

"Serious people are now looking to the future, thinking that the monarchy's going to change dramatically," said Morton.

"They're seeing the real future of the way the monarchy will be shaped, styled and defined is with William, Harry, Catherine and Meghan. So Meghan is very much part of the Fab Four."

In the biography, Morton quoted a childhood friend of Markle's saying: "She was always fascinated by the royal family. She wants to be princess Diana 2.0".

But Morton, who penned the blockbuster "Diana: Her True Story" about Harry's late mother, said there was no comparison between the media-shy Diana who married Prince Charles aged 20 and the 36-year-old Hollywood professional.

From his research, Morton said Markle is a focused, ambitious, rounded personality, citing her career as a successful actress, blogger and United Nations spokeswoman.

"She comes across as very poised, eloquent, thoughtful," he said. 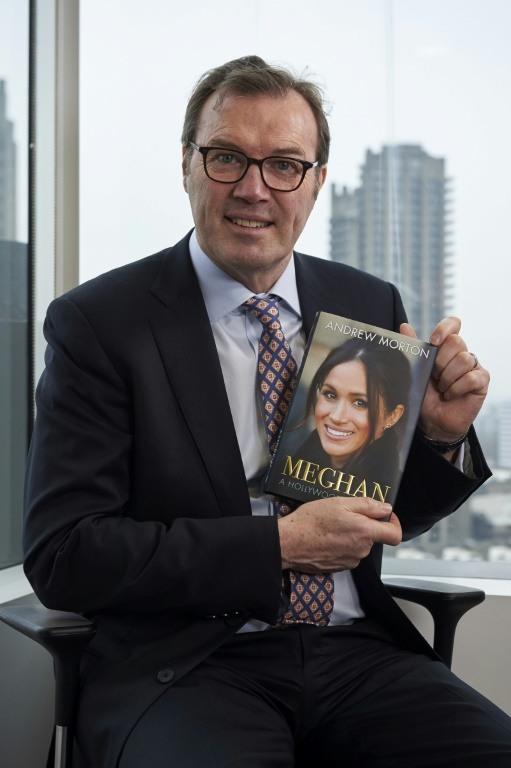 Morton said Markle would have to rein in some of her activism in joining the apolitical royal family, but is a smart character who "knows exactly what she's getting into".

"Quite a few people I spoke to said she would bring something fresh, interesting. She's got her own ideas," he said.

"Being part of the monarchy is not a sprint, it's a marathon. She's now in it for the long haul."

Morton said the dynamic between them was radically different from the prince's previous relationships.

"He had more to gain and Meghan has more to lose by her agreeing to be his bride," the author said.

"He realised that he'd found a keeper in Meghan. He realises that she can help him to become the man he's always wanted to be."

Morton's palace sources say the prince, who has struggled for years to come to terms with his mother's death, is "totally besotted" with Markle.

He said the British public had seen 12-year-old Harry walking behind his mother Diana's coffin and now welcomed Markle at last giving Harry "a spring in his step and a smile on his face".

Morton said it was "amazing" that Markle, a cautious character, had two quick dates with Harry then flew to join him in Botswana.

"There were a few raised eyebrows in Buckingham Palace because this would be the fourth girl he's taken on safari," he said.

To stay in line to the throne, Harry needed his grandmother Queen Elizabeth II's approval for the marriage.

"A few years ago when he was an angry drunk falling out of clubs," the monarch would have been "far more cautious" about Harry proposing to marry a divorced US television actress, Morton said.

They married in 2011 but straight away she landed her signature role as Rachel Zane in the US legal drama television series "Suits", leaving Los Angeles for Toronto.

They divorced in 2013 -- with Meghan dramatically pulling the plug.

"One of Meghan's friends said it wasn't right for her and she had to move on," said Morton

Her lifelong friend and maid of honour Ninaki Priddy "felt pretty sore about the way that Meghan dropped not just her but many of her Los Angeles friends and moved on".