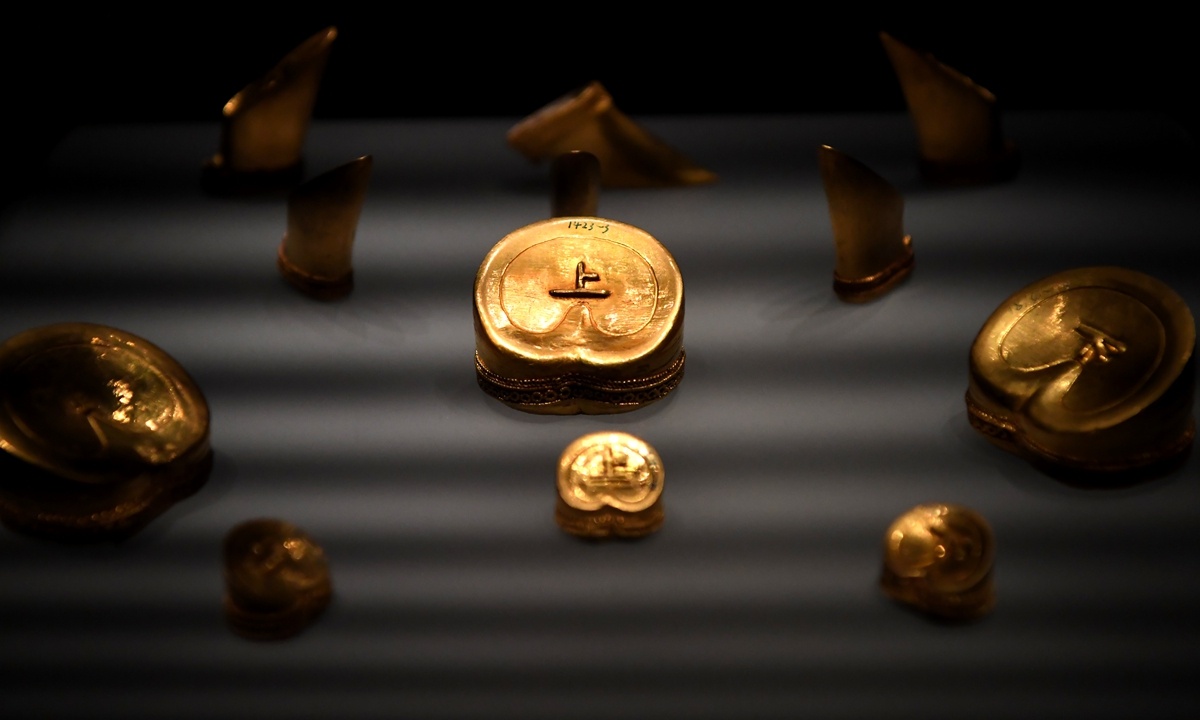 The Haihunhou, or Marquis of Haihun, heritage park opened on Wednesday in Nanchang, East China's Jiangxi Province, to great reviews from visitors. Word of mouth has been so good that tickets to the new 12-square-kilometer park for Thursday have already sold out.

The Marquis of Haihun Tomb in Nanchang is the burial place of Prince Liu He of the Han Dynasty (206BC-220), who was emperor for just 27 days before he was deposed.

More than 1,200 cultural relics discovered from the ruins of the tomb are on display in a museum at the park. The museum, 39,330 square meters in size, is divided into four sections. 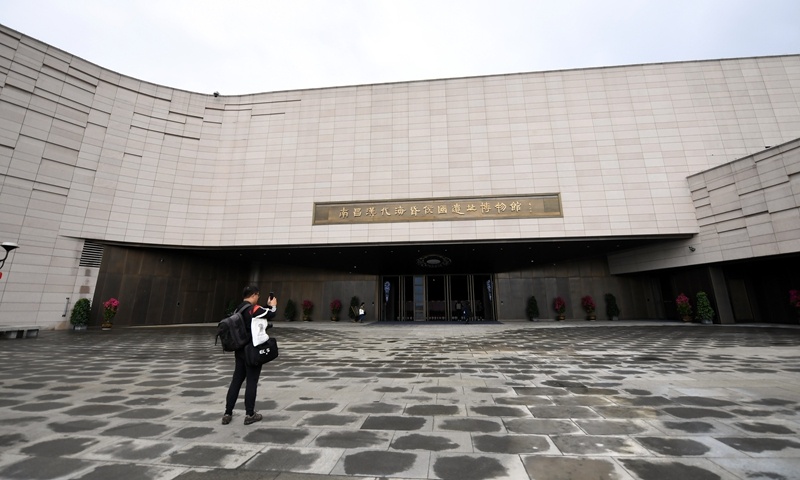 The gate of the museum in the heritage park Photo: IC

The first and second floors of the museum are mainly dedicated to exhibitions and cultural exchanges, while a basement level is equipped with professional research laboratories for the protection of cultural relics discovered at the excavation site of the tomb.

Restored items once belonging to the Marquis of Haihun such as carriages are on display to allow visitors the opportunity to see what life was like for the nobility of the time. Additionally, a four-story display case shows how the relics discovered in the marquis' tomb were originally arranged.

Besides the museum, visitors can also visit Liu He's coffin in the ruins of the tomb's ancestral hall.

Tickets to the park, which can be reserved online, are limited to 6,000 a day due to the COVID-19 prevention measures.

The tomb is the first tomb discovered south of the Yangtze River where real horse carriages were used as funerary objects. The gold artifacts found in this tomb alone outnumber the total number of gold wares unearthed in all other Han Dynasty tombs in China.

Since 2011, more than 10,000 cultural relics have been excavated from the ruins including gold and bronze wares and bamboo slips. The tomb set a record for the number of gold objects discovered in a burial site, with 478 gold objects, such as gold plates, weighing 115 kilograms in total.