The mascot for the Sixth Asian Beach Games 2020, a lively Eld's deer called Yaya, was officially unveiled on Nov 28, a day marking the one-year countdown to Hainan province's first continental-level sports event, as well as the only one on this scale to be staged in China next year.

The mascot for the Sixth Asian Beach Games, Yaya, is unveiled on Nov 28, 2019. The 2020 Asian Beach Games will be Hainan province's first continental-level sports event, as well as the only one of its scale to be staged in China in 2020. (Photos: China Daily)

Yaya, an energetic deer in ethnic costume characteristic of the South China province, was chosen. The first "ya" of the name comes from Sanya, and the second one from Asia, whose Chinese name is yazhou, representing the dynamic, interconnected and inter-dependent relationship among Sanya, Asia and other parts of the world.

"The mascot was inspired by the close bond between Hainan and the Eld's deer, indigenous animals reputed as the "Elves of Hainan island" and a Class I Key Protected Species in China," explained Lin Guangqiang, Party chief of the Hainan Provincial Department of Tourism, Culture, Television and Sports.

"Deer, which sounds like lu (good fortune) in Mandarin, has always been an auspicious element in traditional Chinese culture. Also, the beautiful love story of 'deer looking back' is well-known in Hainan, which even makes Sanya's nickname, 'the deer city'; those are reasons why Yaya is the greatest symbol of the upcoming sports event", Lin added.

As for the solicitation process, Lin said that started in July, with 32 proposals. Six were selected as finalists. 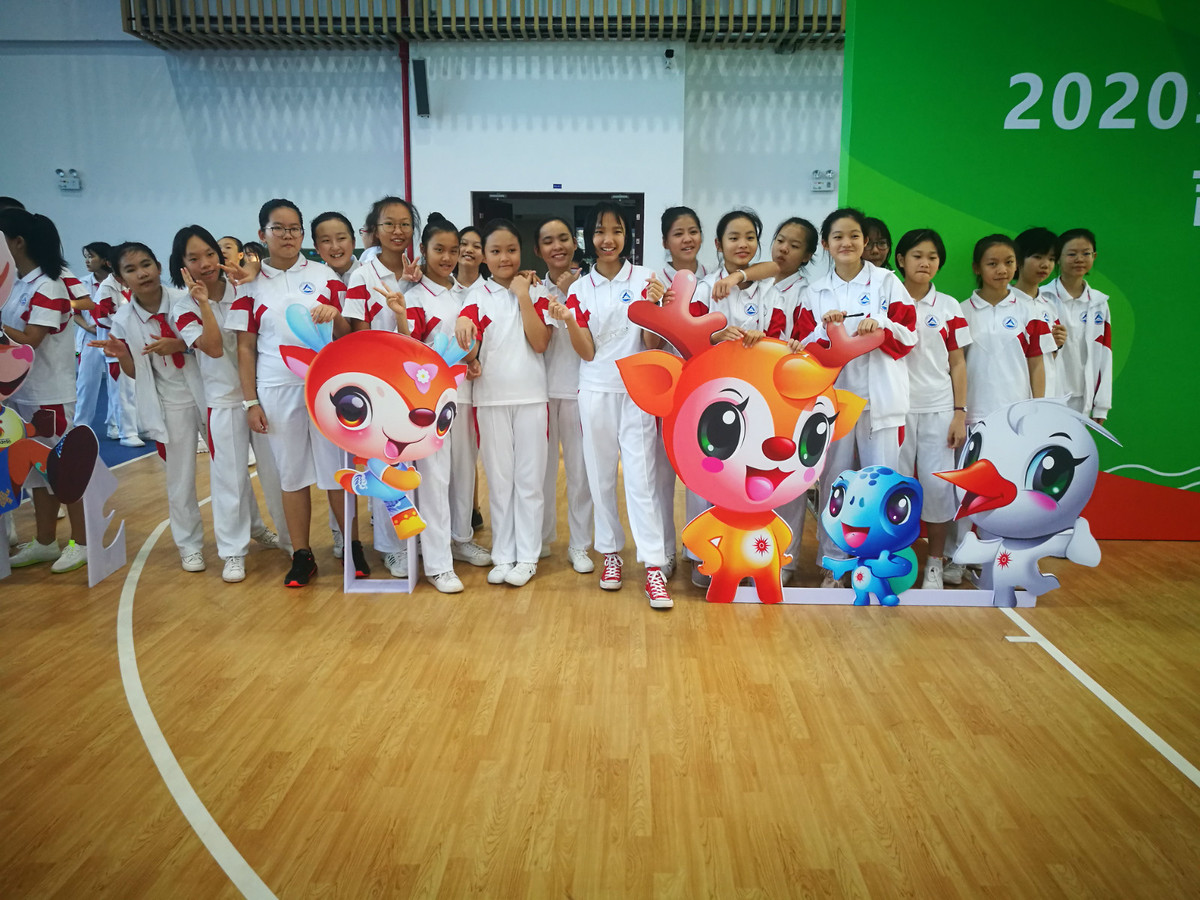 Students from Sanya, South China's Hainan province, pose for pictures with their favorite mascots for the Sixth Asian Beach Games 2020, which will be held in the city from Nov 28 to Dec 6, 2020.

"We sent these six candidates to 2,020 students from primary and middle schools in Sanya, to let them be the jury," said he.

From next Nov 28 to Dec 6, the sixth Asian Beach Games will be held in this coastal city. Sanya, located on the "edge of heaven and in a corner of the sea" in South China, is one of the most popular tourist destinations worldwide.

Talking about the expectations for the games, "I hope that through this game, Sanya can develop better, and the local advantages linking the games can make Sanya more international. It's hoped that people from around the world can be greeted by a friendly, dynamic and harmonious Sanya," said A Dong, mayor of the city.

"And we will spare no effort to promote the hardware and software construction of the city, comprehensively improve its image, and enhance the overall competitiveness of Sanya." A Dong said.

On Oct 25, the Games' emblem and slogan "See ya in Sanya" were officially announced. A total of 17 competition items are set for the Games and it's expected that more than 4,000 athletes from 45 countries and regions will take part in the competition.