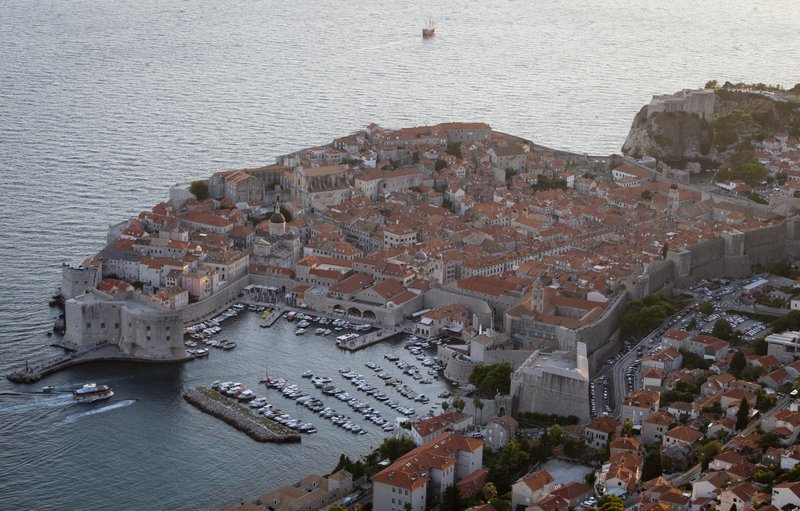 Photo shows the old town of Dubrovnik from a hill above the city. Crowds of tourist are clogging the entrances into the ancient walled city, a UNESCO World Heritage Site, as huge cruise ships unload thousands more daily. (Photo: AP Photo)

Marc van Bloemen has lived in the old town of Dubrovnik, a Croatian citadel widely praised as the jewel of the Adriatic, for decades, since he was a child. He says it used to be a privilege. Now it’s a nightmare.

Crowds of tourists clog the entrances to the ancient walled city, a UNESCO World Heritage Site, as huge cruise ships unload thousands more daily. People bump into each other on the famous limestone-paved Stradun, the pedestrian street lined with medieval churches and palaces, as fans of the popular TV series “Game of Thrones” search for the locations where it was filmed.

Dubrovnik is a prime example of the effects of mass tourism, a global phenomenon in which the increase in people travelling means standout sites — particularly small ones — get overwhelmed by crowds. As the numbers of visitors keeps rising, local authorities are looking for ways to keep the throngs from killing off the town’s charm.

“It’s beyond belief, it’s like living in the middle of Disneyland,” says van Bloemen from his house overlooking the bustling Old Harbor in the shadows of the stone city walls.

On a typical day there are about eight cruise ships visiting this town of 2,500 people, each dumping some 2,000 tourists into the streets. He recalls one day when 13 ships anchored here.

“We feel sorry for ourselves, but also for them (the tourists) because they can’t feel the town anymore because they are knocking into other tourists,” he said. “It’s chaos, the whole thing is chaos.”

The problem is hurting Dubrovnik’s reputation. UNESCO warned last year that the city’s world heritage title was at risk because of the surge in tourist numbers.

The popular Discoverer travel blog recently wrote that a visit to the historic town “is a highlight of any Croatian vacation, but the crowds that pack its narrow streets and passageways don’t make for a quality visitor experience.”

It said that the extra attention the city gets from being a filming location for “Game of Thrones” combines with the cruise ship arrivals to create “a problem of epic proportions.”

It advises travelers to visit other quaint old towns nearby: “Instead of trying to be one of the lucky ones who gets a ticket to Dubrovnik’s sites, try the delightful town of Ohrid in nearby Macedonia.”

In 2017, local authorities announced a “Respect the City” plan that limits the number of tourists from cruise ships to a maximum of 4,000 at any one time during the day. The plan still has to be implemented, however.

“We are aware of the crowds,” said Romana Vlasic, the head of the town’s tourist board.

But while on the one hand she pledged to curb the number of visitors, Vlasic noted with some satisfaction that this season in Dubrovnik “is really good with a slight increase in numbers.” The success of the Croatian national soccer team at this summer’s World Cup, where it reached the final, helped bring new tourists new tourists.

Vlasic said that over 800,000 tourists visited Dubrovnik since the start of the year, a 6 percent increase from the same period last year. Overnight stays were up 4 percent to 3 million.

The cruise ships pay the city harbor docking fees, but the local businesses get very little money from the visitors, who have all-inclusive packages on board the ship and spend very little on local restaurants or shops.

Krunoslav Djuricic, who plays his electric guitar at Pile, one of the two main entrances of Dubrovnik’s walled city, sees the crowds pass by him all day and believes that “mass tourism might not be what we really need.”

The tourists disembarking from the cruise ships have only a few hours to visit the city, meaning they often rush around to see the sites and take selfies to post to social media.

“We have crowds of people who are simply running,” Djuricic says. “Where are these people running to?”