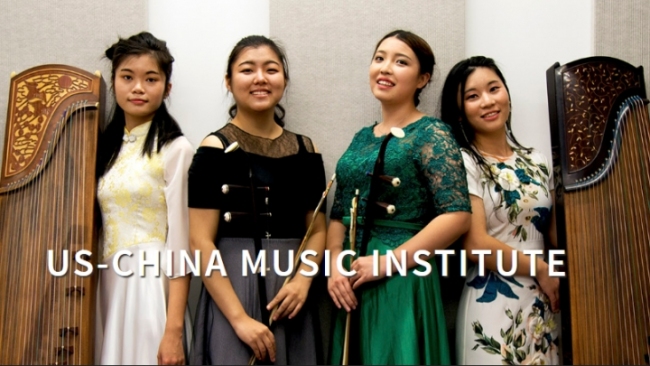 The US-China Music Institute of the Bard College Conservatory of Music will hold its inaugural Chinese New Year concert on Jan. 26 at Lincoln Center to welcome the Year of the Rat, according to the institute.

Besides a number of classic melodies celebrating the Spring Festival, the concert will also mark the debut of a symphony featuring the instrument sheng, a mouth-blown free reed instrument consisting of vertical pipes.

Composed by Li Yuejin from the Central Conservatory of Music (CCOM) in Beijing, the new symphony will be led by Wang Lei, China's first doctoral student in sheng performing. Wang has collaborated with globally renowned ensembles, including the China National Symphony Orchestra and the Royal Scottish National Orchestra, in over 100 works worldwide.

Cai Jindong, director of the US-China Music Institute of Bard, and professor Chen Bing from the CCOM will co-conduct the concert.

"The concert is not just a celebration of the Lunar New Year. Moreover, we hope to offer an authentic feast of Chinese music in collaboration with the masters from the CCOM," said Cai.

Established in 2017, the US-China Music Institute of the Bard College Conservatory of Music aims to promote the study, performance, and appreciation of music from contemporary China, and to support musical exchange between the United States and China.

It has launched and hosted a number of educating programs and music events on and beyond the Bard campus in Annandale-on-Hudson, upstate New York, including the annual China Now Music Festival. The Chinese New Year of 2020 falls on Jan. 25.