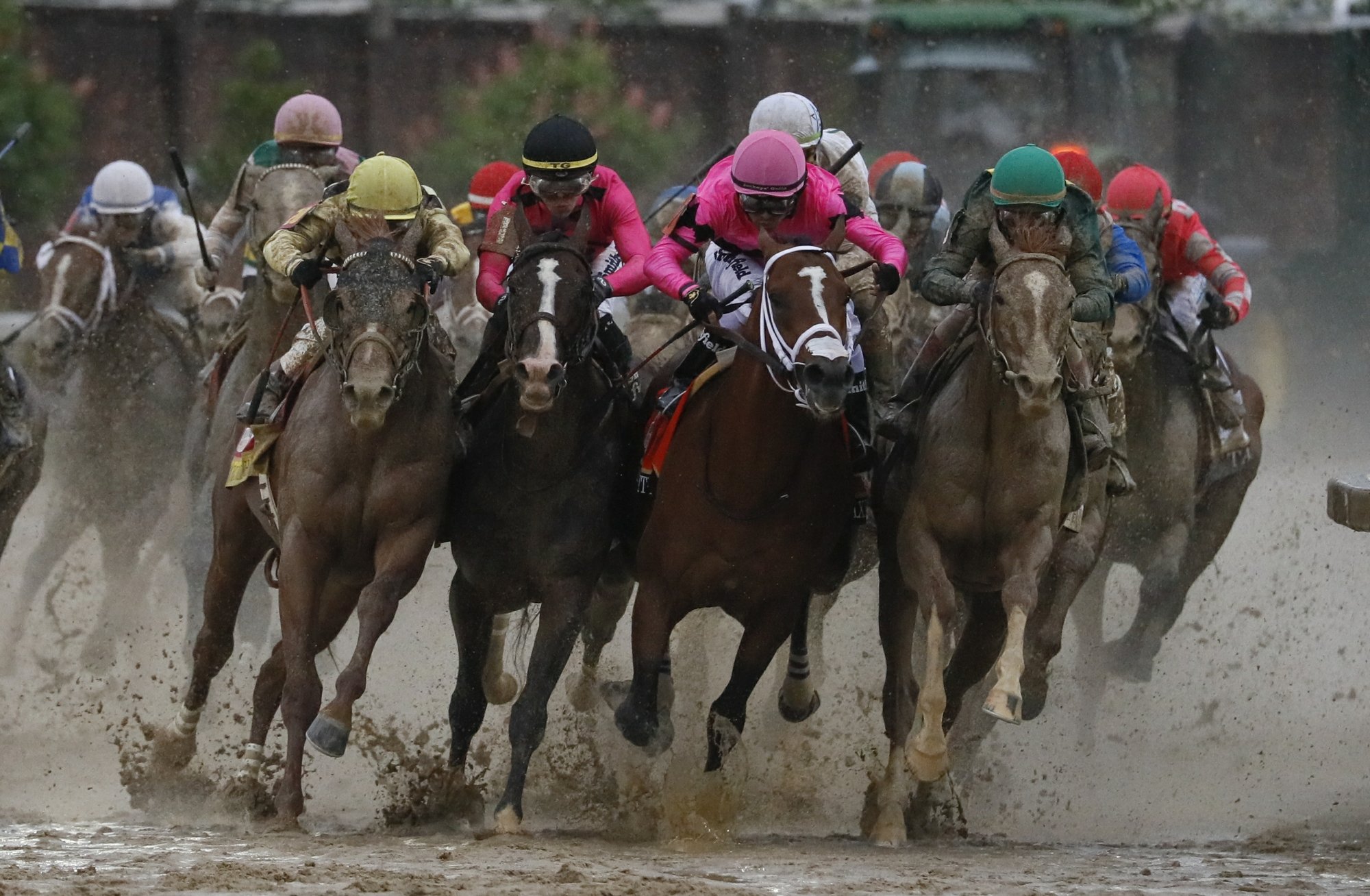 Maximum Security co-owner Gary West criticized race stewards’ disqualification of his horse’s Kentucky Derby victory as “egregious” and said he was pondering his next step, including a possible appeal.

“I think this is the most egregious disqualification in the history of horse racing, and not just because it’s our horse,” West told The Associated Press by phone Saturday night.

Several hours earlier, Maximum Security appeared to back up his undefeated record with a 1¾-length victory in the slop over Country House in the Kentucky Derby. The victory was overturned 22 minutes later with a stunning decision by the stewards to disqualify the 9-2 second choice because of interference .

President Donald Trump weighed in on Sunday, tweeting that the decision was “not a good one.” He wrote: “Only in these days of political correctness could such an overturn occur. The best horse did NOT win the Kentucky Derby — not even close!”

Runner-up Country House, a 65-1 long shot, was elevated to the winner’s circle Saturday to the astonishment of Maximum Security’s team, which insisted the horse did not cut off his competitors.

West said his team is exploring options to appeal, starting with the stewards. The owner said stewards told him he can see a replay of the incident on Thursday.

“We had a lengthy review of the race,” Borden said. “We interviewed affected riders. We determined that (Maximum Security) drifted out and impacted the progress of War of Will, in turn interfering with the 18 and 21. Those horses were all affected by the interference.”

Maximum Security was dropped to 17th of 19 horses, placed behind all the horses it was determined that he bothered.

Borden did not take questions and exited the news briefing to shouts from reporters about a lack of transparency. West said there wasn’t much jockey Luis Saez could do to control Maximum Security on a sloppy track.

“When you’re leg weary, you’re not going to run straight all the time,” he said. “Horses don’t either.”

Said Saez, “I never put anybody in danger.”

Trainer Jason Servis agreed with the jockey in the immediate aftermath and added, “He straightened him up right away and I didn’t think it affects the outcome of the race.”

The stewards disagreed, culminating in the first Derby winner being disqualified because of interference. The last objection in the Derby was filed in 2001 by jockey John Velasquez, who claimed interference by winner Monarchos and jockey Jorge Chavez. Stewards did not sustain the objection.

This time, they did.

The controversial finish capped an eventful weekend at Churchill Downs in two of the sport’s marquee races.

Friday’s Kentucky Oaks for fillies began with a scary spill at the start by Positive Spirit that dumped rider Manny Franco. Neither the horse nor rider was injured, and both walked off the track. Serengeti Empress won the race in her first start since pulling up early in March at Fair Grounds with external bleeding.

The incidents come soon after the industry enacted a raft of medication and safety rules changes following the deaths of 23 horses over three months at California’s Santa Anita.

For Maximum Security, the disappointing reversal spoiled what appeared to be his statement performance after 4-0 start.

The son of New Year’s Day and Lil Indy by Anasheed was coming off a 3½-length victory in the Grade 1 Florida Derby on March 30 that established him as the Derby’s only unbeaten horse.

For a brief moment, Maximum Security and his team appeared to bask in victory before the long wait and the disqualification, which might not be the final step.

“If we can’t appeal to the stewards,” West said, “our other options are the state racing commission. If those don’t work, we might go to legal options. ... But we have not seen what they saw.”