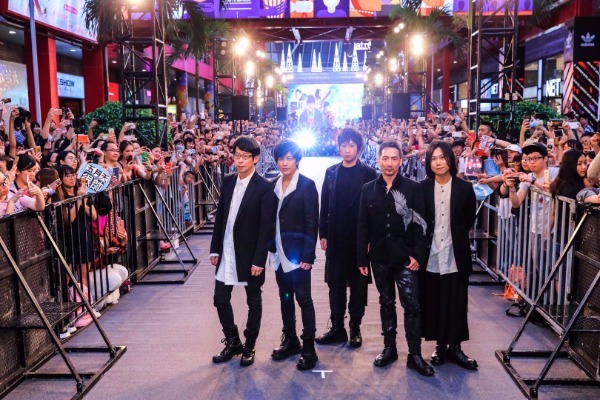 Singer Ashin (center) and his four Mayday band mates gather for the premiere of their new film Mayday Life in Taipei on May 16. (Photos: China Daily)

The runaway success of this tour has now been adapted into the upcoming film, Mayday Life, which will hit domestic theaters on Friday.

A silver screen reworking of the 2017-2018 Life world tour, the movie stars the five members of the band and features special performances by Crazy Alien actor Huang Bo and Tony Leung Ka-fai, a four-time best actor winner at the Hong Kong Film Awards.

Thanks to the band's huge fan base, Mayday Life has been dominating the presale box-office charts ahead of Friday's release. With reservation ticket revenues reaching 2.5 million yuan ($361,670) from nearly 18 percent of the country's 60,000-plus screens, Mayday Life is now outperforming Disney's live-action remake of its film, Aladdin, which has earned 1.6 million yuan in presale ticket sales for the same opening day.

A sneak preview of the film was held in Beijing on May 17, gathering director Muh Chen and the five band members, Ashin, Stone, Nasa, Guan You and Monster.

Ashin, whose real name is Chen Shin-hung, says the most difficult part of making the film was selecting the most compelling scenes from the 122 concerts they performed worldwide.

"Each concert lasts nearly three hours, and one of their most interesting characteristics is that the five of us love speaking on stage, making jokes and trash-talking to each other. We wanted these scenes to appear in the movie, which made the editing a major project in itself," he says.

As well as the musical scenes, which make up the majority of the content, the film also has a superhero storyline woven into it. 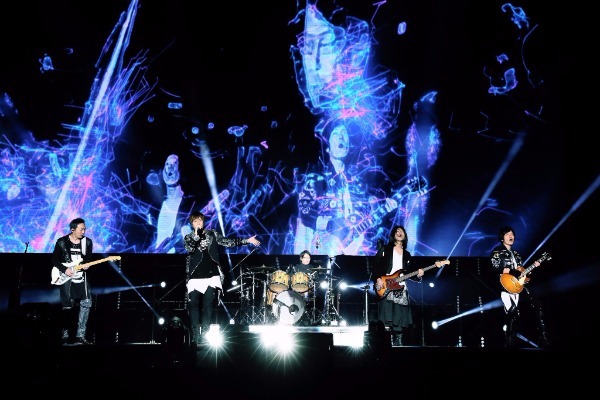 The tale sees Huang Bo star as an executive looking to ally with the five band members to form a group of superheroes. Their mission is to annihilate a monster that has invaded the Earth, which stands many times taller than the landmark skyscraper, Taipei 101.

In addition to this fictional storyline, the film also shows scenes of Huang being welcomed onstage to perform with Mayday during a concert at the Beijing National Stadium in August, 2018.

"Superhero films have been gaining popularity in recent years," says Ashin, who explains that the band wanted to introduce a relatable narrative to connect with a wider audience.

Life is the third installment of Mayday's concert-turned-film franchise. Their first film, Mayday 3DNA, raked in 23 million yuan in 2011, while the sequel, Mayday Nowhere, grossed 21 million yuan in 2013. Both of the two previous movies are anthologies of their live performances.

Recorded using 64 sound channels (the regular setup for a movie is six) and produced in multiple formats including 4DX and ScreenX, watching the movie Life is like attending a concert in the cinema. During the Beijing preview screening, many fans waved blue wands and sang along with their idols on big screen.

As well as its domestic release, the film is also scheduled to open in several overseas markets, including the United Kingdom, Germany, France and North America.